SYRIZA had been adequately warned from all sides – political, financial and journalists – that its reign would not be pure… 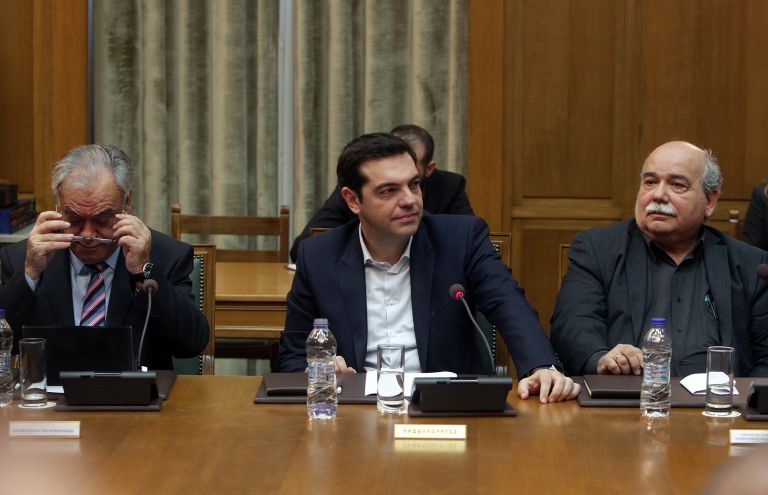 SYRIZA had been adequately warned from all sides – political, financial and journalists – that its reign would not be pure.

Many had told Mr. Tsipras and the government party’s officers that our partners will be aggressive, they will demand the implementation of the agreements, insist upon maintaining fiscal targets and are not prepared to offer any help with receiving guarantees that the reform program will be closely observed.

Additionally, they had received messages that the European Central Bank would tighten its right on liquidity, should it realize that the stabilization program of the Greek economy is doubted.

The truth is that SYRIZA’s leadership group heard the warnings, but – naively, according to some – believed that a democratic Europe would offer a newly-elected government the time and opportunity to implement its program, or at least part of its alternative policies that it proclaimed in its election campaign.

However, reality has turned out to be cruel and the landing for the newly elected Prime Minister and his government was bumpy.

The conservative government of Europe – which dominate the Old Continent – and the neoliberal technocratic elites in Brussels and Frankfurt offered no time or space to the new Greek government.

Early on they sought to control it, bring it down and force it to adapt to the rules set by Brussels and Frankfurt.

They took advantage of the “momentum” of the new ministers, the big words before as they barely took office and the easy promises they made without any measure or guarantee for the resources which they were supposed to have at their disposal.

The way and intensity by which the new Minister of Finances Yanis Varoufakis made claims and disputed European matters gave birth to personal rivalries and further exacerbated the situation.

That is more or less how a climate of confrontation emerged, which increased the suspicion and in turn intensified the conflict and ultimately did not favor the deal.

The new left-wing government was faced up against a wall of liberal European political leaders who acted as if they were under a communist attack from Athens.

Truth be told, the negotiation took place under adverse and unfair terms for Mr. Tsipras’ government.

In the end, under pressure from the circumstances, the government was forced to agree to a deal that was far away from its election campaign proclamations. Consequently, the government has been criticized by the opposition and faces serious reactions internally.

Worst of all, at any given chance, our partners increase the pressure in order to fully subdue the government.

A week since the difficult agreement last Friday and they continue to maintain a firm stance, not offering the essential funding easing and opportunity, while insinuating that they will “drown” the country if Mr. Varoufakis does not stop provoking them and does not fully comply with the agreement.

Berlin launches threats on a daily basis, Draghi will not even return the profits generated from Greek bonds, instead he will cut off liquidity and essentially threaten us with a default if we do not pay off the 700 million euros worth of treasury bills held by foreign hands, who have declared that they are not willing to renew.

Christine Lagarde is doing the same thing. She also wants the IMF’s money, will not talk discuss any arrangements ad constantly states that non-payment will automatically trigger a credit event.

Despite all this, the government believes that the pressure is part of a battle of nerves, ahead of the votes in European parliaments and hopes that things will clear up next week.

The government of the Bank of Greece Mr. Yannis Stournaras has intervened and is seeking some sort of arrangement with Mario Draghi to cover the immediate funding needs. Meanwhile, on the domestic front, all state mechanisms are being activated to find resources and opportunities in order to cover, even by own means, the country’s current funding needs.

It is unfortunate that even in these rather special circumstances, that Ministers and SYRIZA officers continue to act as if they are out of touch with reality and oppose their party and newly-established government. They insist upon flawed plans, they are unprepared and playing with fire and do not realize just how extensive the consequences of an all-out-war with our partners will be.

In any case, Mr. Tsipras and his government’s first contact with the Greek problem was not the best or the luckiest.

The Prime Minister is already facing reactions from ministers and party officers, the defeated opposition is taking shots and demands the submission and vote for the Eurogroup agreement in parliament and worst off all, he is already sensing the suspicion of voters and the Greek people.

The enthusiasm of the first days is gradually retreating and giving way to a major concern on the way forward.

The landing in Greek reality is turning out to be bumpy for Mr. Tsipras.

However, he does not have any other option other than hard work and endless effort.

The new Greek Left still has the opportunity to prove that it can successfully manage the country’s affairs. Otherwise it will take another seventy years to rise up again…