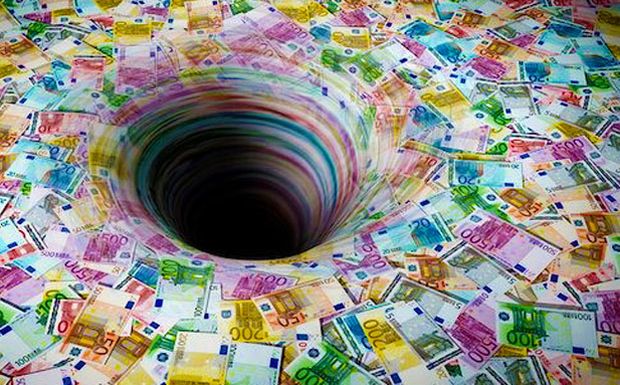 The political parties – absorbed by their election campaign conflicts and tensions – perhaps do not understand the trends that are being formed in the sensitive and mostly unstable economy.

Since the Presidential election was brought forwards that economy has “stagnated” and the state’s administrative mechanism has stalled.

After the failure to elect a new President and the declaration of general elections the situation got even worse.

There is not doubt anymore that after the political developments the wave of economic recovery was halted, while the people suspended tax and other payments towards the State.

In conjunction, they affect the progress of public finances, primarily by the revenue shortfall.

The primary surplus shrunk and the flow towards the State coffers decreased.

Furthermore, due to the suspension of negotiations with the troika, the program review has stalled and the installments of the current loan were not paid out.

About 7 billion euros are missing from the treasury, while revenue is about 1 billion euros short – worse of all though, the shortfall swelled in the current month, January.

Consequently, the Greek state’s liquidity has shrunk to a bare minimum during the election campaign period/

Worse of all, the Greek banks are also facing liquidity problems due to the pressure from deposits being taken out, which prevents the possibility of covering the state’s funding needs with other sources.

This was proven in the last Treasury bill sale, where the commercial banks barely participated and the Bank of Greece had to interview in order to avoid having it cancelled and create further negative impressions/

In any case, the extraordinary political circumstances are having a negative impact on public finances and the liquidity of commercial banks.

And since the circumstances will not change in the remaining few days leading up to the elections, they ought to know that early on the next government will be called upon to tackle this liquidity crisis in the economy.

The dangers are clear and specific.

The new government will have an empty treasury and limited funding capabilities.

The treasury bill option will more or less be unavailable, the incredible proposal of Rachel Makri [for Greece to print its own euros] is clearly not an option, the bailout loans installments cannot be paid out with the completion of negotiations with the troika and the activation of the precautionary credit line is also not possible.

Addition, if the program is not extended after it expires at the end of February, then any other financing facilities will not be possible.

It may seem reasonable for the new government to request help with financing, but such a request will be considered under pressure from time and certain unsecured financing needs.

Without a doubt, as soon as the new government takes charge it will face an extraordinary situation which is not dependant entirely on political decisions.

In such cases other factors come into play and which are not necessarily controlled by politics. It is not just the public funds that need support, because the private sectors will unavoidably also be affected by the uncertainty and instability that will prevail.

Such conditions will expedite the meeting between the new government and the troika, with all that this entails.

It is also necessary to clarify that the aforementioned has nothing to do with the readjustment of the debt.

That is a whole different chapter that will come alter, provided there is an agreement for ending the current program.

Some confuse the emergence of the country’s direct financing problem with settling the debt.

These are two different cases.

The one, as we said, is a direct problem and has to do with the operation of the economy – public and private – while the other has to do with its midterm prospects.

The first case demands immediate coverage and cannot endure any delays, nor can it rely on concessions without addressing the commitments stemming from the continuity of the Greeks ate.

Everything however depends on the completion of prior commitments or those which the new government will undertake.

In other words, nothing guarantees a smooth future to the Greek economy and nothing can rule out any further adventures.

The new government, whichever that may be, ought to be aware of the difficulties it will have to face.

The elections campaigns promises are easy and cost-free.
Reality however is hard. That is why provisions, alternative solutions and preparing the Greek people are necessary.

Anyone thinking they can promise one thing before the elections and do another after they are deeply fooling themselves.

They will have to face up to everything because quite simply, you reap what you sow.