The historic opportunity of the Left

The Greek Left had its first opportunity with power at the end of the interwar period, after the elections that took place on the 26th… 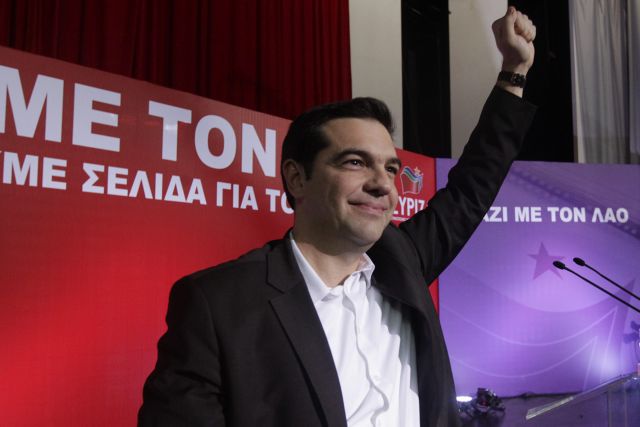 The Greek Left had its first opportunity with power at the end of the interwar period, after the elections that took place on the 26th of January in 1936. Coincidentally, those were the first elections to take place in January in Greece.

The country at the time was exhausted from the default of 1932, with employees struggling with low wages, with professionals and farmers up to their necks in debt, while the venizelist movement was defeated and the Liberal Party was weak. Elections were called and the hope was that a democratic alliance would counter the emergent fascism that began spreading across Europe.

The Liberal Party of Themistocles Sofoulis came first in those elections, without however getting the necessary parliamentary majority. Sofoulis then debated with the All People Front that was supported by the Communist Party, which under the leadership of Nikos Ploumpidis – one of the most tragic divs of the Greek Left who was executed in 1954 – received 5.76% of the vote. Sofoulis himself participated in the secret talks with KKE, while Stelios Sklavenas represented the communists.

On the 19th of February the Liberal party and KKE came to an agreement. The All People Front was to vote for the Liberal party’s presidential candidate and give a vote of confidence to the government that Sophocles Sofoulis was to form.

In exchange, the KKE-supported government of the Liberals would take measures to improve the living standards of the workers and farmers, reduce the price of bread by two drachmas, abolish the measure of personal arrest for debts up to 3,000 drachmas, abolish the statutory offense and provide amnesty to the politically persecuted.

A few days later, on the 6th of March, Parliament assembled and elected Themistocles Sofoulis as President, with the support of the All People Front.

At first however the Liberal party did not live up to the promises that it gave to the Communist party, which in turn publicized the Sofoulis-Sklavenas deal that had been kept secret up to that point. As a result, the urban world was in uproar, cause serious political reactions that eventually resulted in the collapse of the deal.

From EAM to the Civil War

On the 13th of April the acting Prime Minister K. Demertzis died and King George II instructed Ioannis Metaxas to form a government. Metaxas repealed the Constitution on the 4th of August in 1936, thus starting his self-titled Dictatorship.

The Left suffered great then, with imprisonments, exiles and all sorts of persecutions. Its experience in its first attempt to contact authority was not the best.

The next, painful inexperience, came after the glorious struggle for liberation against the German occupiers.

The Communist Party then has created the circumstances to lead the country after the war, thanks to EAM and ELAS. A number of domestic and overseas factors however did not support this goal.

The burden of the war, the conflicts during the Occupation, the political tension and the redistribution of population made the civil conflict inevitable. The events that took place in December of 1944 were absolutely divisive and the ensuing agreement of Varkiza, which was a British initiative, on the 12th of February in 1945 was unable to bring peace.

While ELAS agreed to surrender its arms, Aris Velouchiotis refused to do so and the so-called period of “white terrorism” began, followed by the reprisals by OLPA and the KKE’s decision to abstain from the election of the 31st of March 1046, choosing armed struggle instead.

What happened next is history. The country entered a civil war and by the end of it in 1949, the Left was imprisoned on remote Aegean islands or held captive in the work sites of “real socialism” countries.

Despite this though, in the elections on the 11th of May in 1958, the persecuted Left almost achieved the impossible. With Yannis Pasalidis in charge of EDA, which represented the Left, it received nearly 25% of the vote and won 60 sets in Parliament.

However, three years later, in the elections that took place on the 29th of October in 1961, which will be remembered in history as the elections of violence and fraud, it received 14.63% of the vote, while Georgios Papandreou’s Centrist Union began to rise.

Since then the Left has been unable to overcome its internal conflicts, it clammed up, during the junta it was fragmented and much later, in 1989, it attempted to cooperate with Mitsotakis, which it paid for dearly and has remained on the sidelines of political life in Greece.

The great financial crisis and the demonstrable failure of the parties of the political changeover to tackle the crisis were necessary so that the Left could get back on the streets and gain a strong foothold in Greek society.

Just like in 1936, it is the grate financial crisis that encourages its growth and is bringing it at the gates of assuming power, nearly 80 years later. The difference is that Mr. Tsipras’ Left this time is claiming power without being anybody’s crutch. The way the election campaign is developing, Mr. Tsipras may truly have the opportunity to gain power.

SYRIZA’s election expert Mr. Kostas Poulakis, who is closely monitoring the daily polls, claims that at the moment SYRIZA is about five points ahead of New Democracy in the polls, estimating that his party will receive a maximum 34% of the vote, while New Democracy will receive 29%. He also believed that SYRIZA will not be able to form an independent government and will receive between 140 to 145 seats in Parliament. The truth is that most polls do not differ greatly from these estimations. In any case though, they all admit that Mr. Tsipras is in the lead and his party is most likely to come first in the elections on the 25th of January.

One could say that Greek society is emphatically moving to the left, taking a unique chance in Greek political history, by setting aside the fears and historic experiences. If the predictions are confirmed, if SYRIZA wins the elections, it will be a monumental chance that will have taken place, despite the people have been warned of the potential consequences, the hardship and great diffuculties that will arise with our partners and creditors.

The question the remains to be answered of course is what will happen of Mr. Tsipras’ upcoming Left leadership.

Will he be able to overcome the bad historic experiences that accompany the Left and truly make a difference, or will he get caught up in a deadlock straight away and jeopardize the country’s future, like Antonis Samaras often claims?