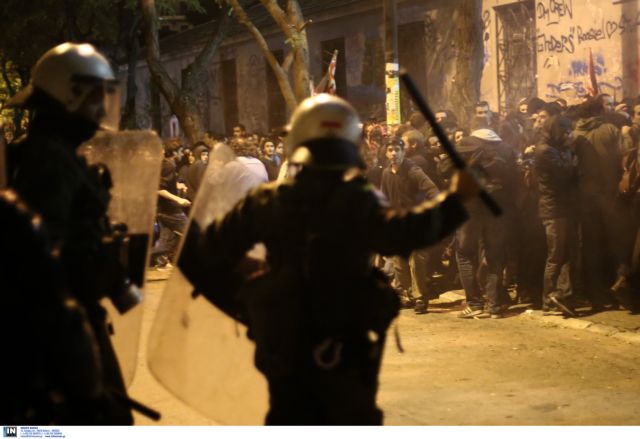 The Internal Affairs Directorate of the Police has launched an investigation after a video surfaced on the Internet which shows riot police officers bullying and assaulting an employee at a kiosk in Exarchia after allegedly stealing bottles of water.

Meanwhile, the Chief Prosecutor in Athens has ordered a preliminary examination of the video. Prosecuting Attorney Spyridon Pappas has been appointed to handle the investigation.

The video was uploaded on Youtube and shows riot police pushing and arguing with two employees, who were demanding that the police pay for bottles of water which they took. There have also been allegations that the two employees were assaulted and one was detained and prosecuted.

The events took place during the extensive police operations in Exarchia that came after the 17 November anniversary celebrations. While clashes with protesters were rather limited this year, there have been many reports of police brutality.

Many groups of protesters reported excessive use of violence from riot police officers, alleging that they indiscriminately assaulted protesters with chemicals and flash bangs. There have been calls for any witnesses to provide video evidence of police brutality. There have also been serious allegations of police officers carrying out provocations and goading protesters.

Journalist federation POESY has also issued a statement denouncing police brutality and detailing attacks against journalists. The federation argues that the riot police launched unprovoked violent attacks against demonstrators and journalists alike and refuted Police reports that they were forced to use “moderate violence”.