Student uprising celebrations culminate with march to US embassy

The celebrations for the 41st anniversary of the 1973 student uprising at the Athens Polytechnic, which heralded the end of the… 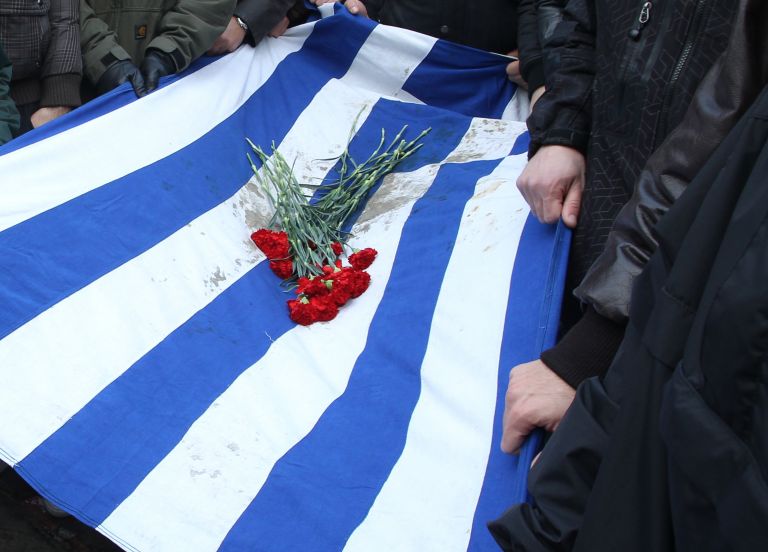 The celebrations for the 41st anniversary of the 1973 student uprising at the Athens Polytechnic, which heralded the end of the seven-year junta, will culminate with a march to the American Embassy. About 7,000 police officers have been deployed throughout Athens.

This year’s celebrations may be tense, as earlier last week the rectors essentially locked students outside of the main buildings, which resulted in student demonstrations being violently suppressed by riot police.

Thousands of people, young and old, have been heading to the main building of the Athens Polytechnic to lay a wreath and flowers in honor of those who stood up against the dictatorship. The main gate of the university building is covered in red carnations, messages and drawings.

So far, delegations from the Communist Party, SYRIZA, the Democratic Left and Independent Greeks have laid wreaths.

The Minister of Education Andreas Loverdos commented that the student uprising in November of 1973 “was a heroic moment for the Greek people, the rebellious students, who even gave their life” and that “we must not forget that during that dramatic period some said a great Yes to the struggles, some hid, some remained uneasy and some, some way or another, joined the dictatorship”.

The Communist Party’s Thanasis Theoharopoulos stated that “41 years later and the messages of the Polytechnic uprising are especially relevant. Today, the country is going through the biggest crisis since the restoration of democracy. Society and the new generation are faced against an unprecedented financial and social crisis. This generation must not turn out to be a lost generation”.

The general secretary of the Independent Greeks Yannis Moiras stated that “the Athens Polytechnic lives. And it guides us to new struggles and new conquests”.

Riot police units have been stationed outside the School of Law and University of Economics and Business in downtown Athens since Thursday, while other buildings – such as the American Embassy, the Ministry of Finances, Parliament etc – have seen security increase.

The gates of the Athens Polytechnic will close at 13:00, while the march to the American Embassy will begin at 3pm, starting from Klafthmonos Square. The main roads in down-town Athens and the path towards the Embassy have gradually been blocked off since Sunday. The metro stations at Panepistimio, Syntagma, Evangelismos, Megaro Mousikis and Ambelokipi will close down at 2pm.