A roll call vote was held at noon today in Parliament, approving a bill which contains a settlement provision of 100 installments for… 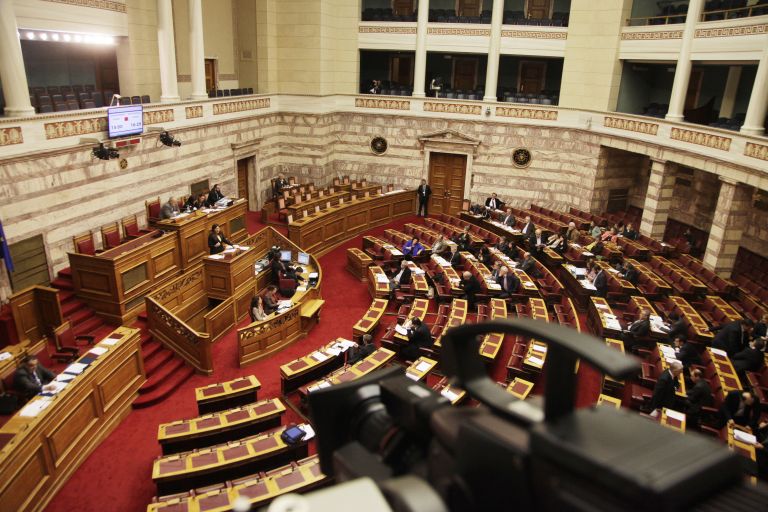 A roll call vote was held at noon today in Parliament, approving a bill which contains a settlement provision of 100 installments for the payment of debts and a settlement for bad loans.

Only two MPs deviated from the coalition government line, namely PASOK MPs Apostolos Kaklamanis and Michalis Kassis who both voted «present» during the vote, while New Democracy MP Andreas Psycharis announced his resignation following the vote.

Of the 261 MPs who were present for the vote, 147 voted “in favor” of the ENFIA exemption, 112 voted “against” it and the aforementioned two MPs Kaklamanis and Kassis voted “present”. Regarding the regulation for bad business loans 165 MPs voted in favor, 83 “against” and 13 “present”.

Leading up to the vote

As previously pointed out, this settlement will only cover debts that have been confirmed in October and will not apply to the controversial ENFIA tax. The troika has not warmed to the settlement, arguing that it will further exacerbate finances.

The coalition government was heavily criticized in Parliament on Thursday, after it had attempted to include the controversial ENFIA tax payments in the 100-installment schemes, which it was later forced to withdraw by the troika.

New Democracy MP Yannis Michelakis stated that “such mistakes and omissions are unacceptable and inconceivable, as the expose the Prime Minister at first, they harm the government and they subvert the efforts for national recovery”.

Other New Democracy MPs such as Dora Bakoyanni and Giorgos Vlachos were critical of Finance Minister Gikas Hardouvelis, with Mr. Vlachos stressing that “Mr. Hardouvelis should be here [in Parliament] to explain what went wrong, who deceived him and finally somebody will have to pay”.

Reactions also came from PASOK, with Apostolos Kaklamanis claiming that he will vote against the bill in Parliament, while the Deputy Minister of Administrative Reform Evi Christofilopoulou stressed that “the Prime Minister and government VP must assign blame” for the controversy.