ESEE: Mid-season sales fail to live up to expectations 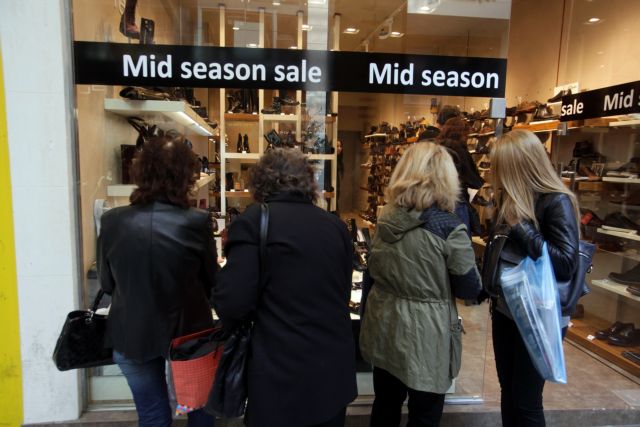 The National Confederation of Hellenic Trade (ESEE) has published the results of a recent survey regarding the operation of stores on Sundays and the mid-season sales.

About three out of four business owners claimed that opening on Sundays did not have any positive impact on their turnover, as the extra working day merely “absorbed” the turnover from other days in the week. Only 1% of businesses hired more staff to cover the extra needs for Sunday, while 65% covered the needs themselves and 33% increased the time tables and shifts of existing staff members.

About 45% of businesses stressed that opening on Sunday has had a significant impact on their operating costs, 35% claimed to have seen costs go up a but and 16% noted that their costs remained the same.

Regarding the mid-season sale that took place in the first ten days of November, the volume of sales did not change dramatically, remaining the same or slightly reduced compared to last year. The survey showed that 40.2% of businesses reported stable sales and about 37.2% claimed to have seen sales drop. About 20% however reported increased sales.

Finally, while the survey shows that one third of respondents – who saw their turnover increase – are in favor of the mid-season sales, the majority of business owners (52%) disagrees with the measure.