The Prime Minister Antonis Samaras and the government Vice President Evangelos Venizelos have arranged to meet at 2:30pm… 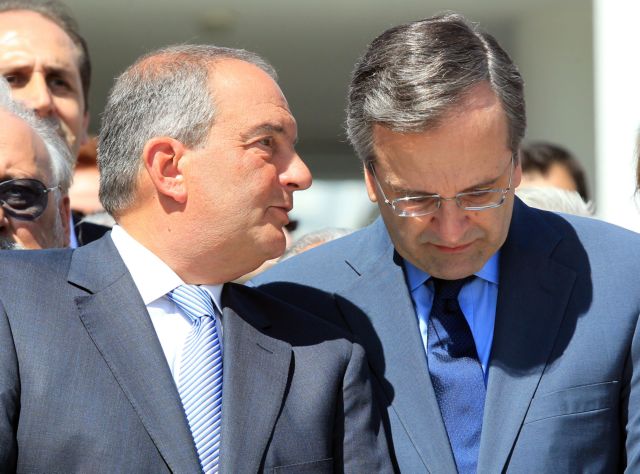 The Prime Minister Antonis Samaras and the government Vice President Evangelos Venizelos have arranged to meet at 2:30pm on Thursday in order discuss current developments. The two are likely to focus on the upcoming troika negotiations, along with Mr. Avramopoulos’ successor at the Ministry of National Defense.

On Wednesday Mr. Samaras met with former PM and ND leader Kostas Karamanlis at the restaurant of the Hilton hotel in Athens. The meeting, which was called by Mr. Samaras, was meant to galvanize support in the center-right, as opinion polls consistently show New Democracy trailing behind SYRIZA.

The latest developments were discussed, along with the possibility of early elections in relation to the upcoming Presidential elections. The Prime Minister appears to have been confident that he would secure the necessary 180 MP votes to avoid early elections. Reliable sources have noted that the possibility of Mr. Karamanlis being a Presidential candidate was not discussed, as the former PM has declared that he is not interested and does not desire any further involvement in politics.

Other issues that the two men appear to have talked about included the candidates for the helm of National Defense Ministry, the latest financial developments along with other geopolitical developments in the greater regions, such as in Cyprus.