Televised debate between Kaminis-Sakellaridis on Wednesday 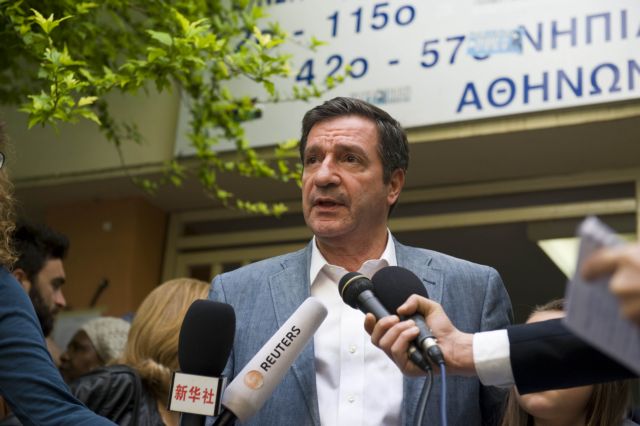 The two candidates for the Mayor’s office of Athens – current mayor Giorgos Kaminis and Gabriel Sakellaridis – have agreed to a live television debate for Wednesday evening.

The debate will be broadcast by ANT1 and there is a chance that more debates may follow until the Sunday election. On Monday Mr. Sakellaridis suggested that his televised debate with Mr. Kaminis ends with the two candidates answering questions posed by citizens in a pre-agreed range subjects, without any time constraints.

Meanwhile, the chances of a similar debate between the two candidates for the District of Attica who made it through to the second round – Ioannis Sgouros and Rena Dourou – are rather slim, with the candidates exchanging serious accusations.

The current District Governor of Attica, Mr. Sgouros, has accused his SYRIZA-sponsored opponent of sloganeering and running a libelous election campaign and argued that her candidacy is to serve the political interests of her party.

Mrs. Dourou on the other hand accused Mr. Sgouros of serving business interests against the public interest, citing his policy on waste management, which is contrary to European legislation.