Samaras focuses political criticism on Tsipras and the opposition

The Prime Minister Antonis Samaras decided to escalate his conflict with the opposition, by launching an attack against SYRIZA and Alexis Tsipras from the… 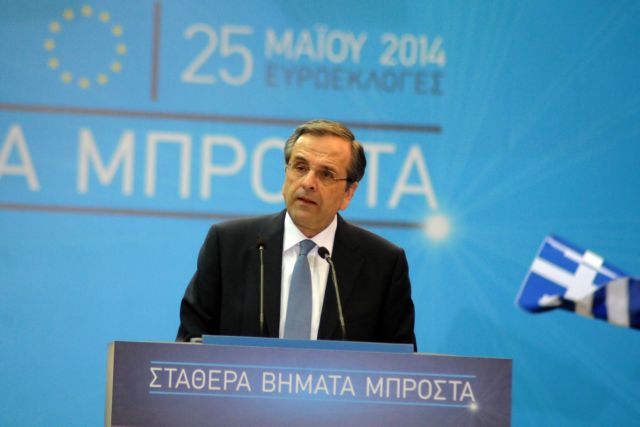 The Prime Minister Antonis Samaras decided to escalate his conflict with the opposition, by launching an attack against SYRIZA and Alexis Tsipras from the stand in Thessaloniki, where he delivered a speech before New Democracy supporters.

Mr. Samaras openly accused the opposition leader of seeking to disrupt the political life in Greece and “subvert the national effort”. The New Democracy leader claimed that Mr. Tsipras is using the elections to destabilize the country and urged the people to reject “those who are preparing political anomalies”.

The PM appear confident of his party’s victory in his speech and estimated that the difficult period of great sacrifices was finally coming to an end, emphasizing that his will not take out another bailout packed, nor will he introduce any new austerity measures.

Mr. Samaras made a number of revelations, such as his plans for a second NERIT channel based in Thessaloniki to begin broadcasts. Regarding the constitutional review, he mentioned that it was time to allow the operation of private universities in Greece.

Before closing, the Prime Minister revealed that he will present his new growth plan by Tuesday, according to which Greece will have fully recovered the living standards from before the crisis by 2020.