The candidates for the Mayor’s Office of Athens, with the exception of Aris Spiliotopoulos appeared on SKAI for a televised debate. Present at the… 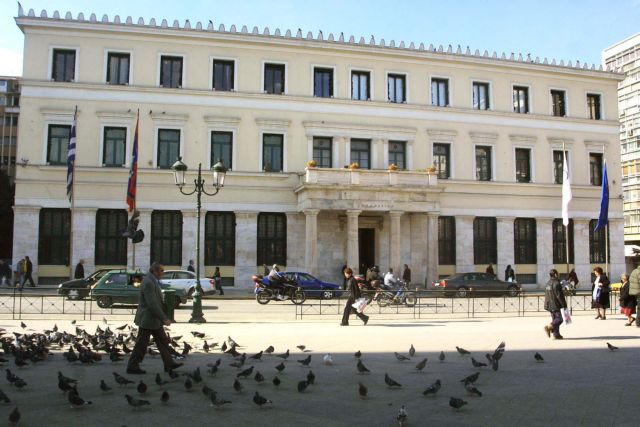 The candidates for the Mayor’s Office of Athens, with the exception of Aris Spiliotopoulos appeared on SKAI for a televised debate. Present at the debate were Giorgos Kaminis, Nikitas Kaklamanis, Nikos Sofianos, Gabriel Sakellaridis and Leonidas Kapernaros.

The current Mayor of Athens Giorgos Kaminis reported on his efforts to save the municipality from bankruptcy and stressed that more EU funds will be diverted in order to support the ongoing efforts. Mr. Kaminis accused the absent Spiliotopoulos of hypocrisy in relation to the construction of a mosque in Athens, which he approved of in Parliament.

The former Mayor of Athens Nikitas Kaklamanis disputed Mr. Kaminis’ claims of saving Athens from bankruptcy and argued that his priorities are security, solidarity, growth and reliability. He also proposed abolishing municipal taxes for five years if a store has been closed for many years and supported the construction of a mosque and Muslim cemetery in Schisto.

Nikos Sofianos argued that working-class families must be supported by reducing taxes and fines on businesses, while supporting municipal infrastructure and institutions, such as lighting, parks and playgrounds. Mr. Sofianos asserted that construction mosque must not be implicated in the election campaign debate.

Gabriel Sakellaridis, whose main principles are democracy, participation and transparency, argued that Athens needs greater social solidarity and protection, as well an improvement of the quality of life. Mr. Sakellaridis maintained that some municipal taxes must be abolished and objected to the construction of a Mall in Akadimia Platonos.

Finally, Leonidas Kapernaros accused Mr. Kaminis of banning the municipal police and school wardens and underlined the importance of reducing municipal taxes for first-time business families and single-parent families. Mr. Kapernaros further noted that he was in favor of local referendums, as outline by the relevant legislation.

New Democracy’s candidate Aris Spiliotopoulos appeared on NERIT to explain why he decided against participating in the televised debate on SKAI. Mr. Spiliotopoulos argued that either all 13 candidates in the race for the mayor’s office should have been invited to the debate or the more popular ones.

Mr. Spiliotopoulos insinuated that the SKAI selected the candidates for the debate in order to create the impression of internal conflict in his party and challenged current Mayor Kaminis to a debate, while excluding SYRIZA’s candidate Gabriel Sakellaridis.