Editorial: Time to rally together

The government believed that if it didn’t try something now to lift the lockdown the country could lose control of the economy and confront pervasive socio-economic tensions, first from unemployment. 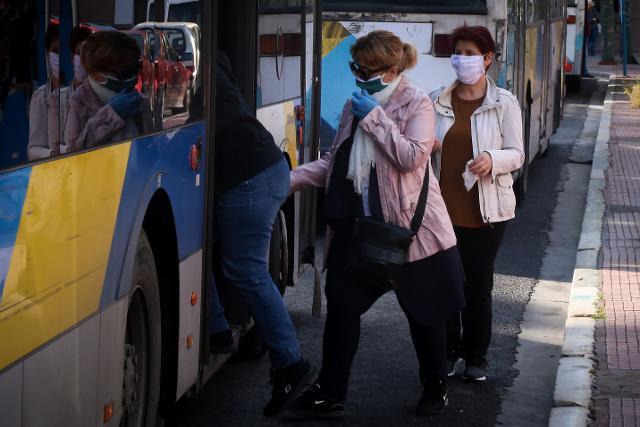 As of Monday Greece has been engaged in the first anxious efforts to leave behind the harsh restrictive measures of the lockdown imposed on 23 March after schools had already been shut.

The effort is going forward with the best possible terms in a relatively controlled public health environment.

response, and perhaps the benefit of high temperatures and dry weather if one is to believe that such conditions retard the spread.

The outcome of the gradual lifting of the social and economic lockdown remains uncertain.

There is a significant danger of backpedaling as the equation is complex with many variables and even more indeterminate parameters.
The result of the lockdown lifting is not ensured or guaranteed.

No scientist or politician right now has the absolute data and grounded knowledge required to offer such certainties or guarantees.

For the time being we do not know when a vaccine and an effective anti-viral treatment to halt the spread of Covid-19 will be discovered.

There are underway revisions of views and assessments of the transmissibility of the virus to, among, and from children.

The latest epidemiological evidence shows that children participate much less in transmission than what was initially believed.

We don’t know if there will be a second wave of the epidemic and we cannot predict how dynamic, coordinated, and effective the EU’s response to the economic shock will be.

That is why nobody can precisely gauge the economic repercussions or the depth of the recession, and so all projections are generalised.

Maintaining restrictive measures was out of the question and the exit from them would otherwise be unchecked and disorderly.
The truth is that citizens cannot take an extension of the lockdown and neither can the economy.

A protracted lockdown could be more dangerous than coronavirus.

Prime Minister Kyriakos Mitsotakis along with the cabinet and the PM’s scientific advisory committee of doctors and top-rank researchers(headed by Professor of Immunology Dimitris Tsiodras) weighed the multiple consequences of keeping the lockdown and chose to start lifting it.

They urged citizens to abide by the basic rules of personal hygiene, of unsocial distancing, and the wearing of a mask in spaces where people are standing close to each other. A two-metre distance is about average.

The aim is for the first step to be rational and for the process to be under 24-hour surveillance by EODY (National Organisation for Public Health’s Centres for Disease Control) so as to react immediately where necessary and quantify its repercussions.

The government believed that if it didn’t try something now the country could lose control of the economy and confront pervasive social tensions not from the pandemic but from the economic collapse and untold poverty.

The situation is fragile and requires caution and well-calculated steps to restart society and the economy.

No one wants the main opposition to deny its institutional role as second party.

The evaluation should be creative and not hostile.

The supreme national duty in the current conditions is to ensure the survival of the country and its people.

Everything else comes afterwards.