Police were also equipped with French Manurhin guns, which Greek Police said were loaded with elastic plastic balls and not plastic bullets. 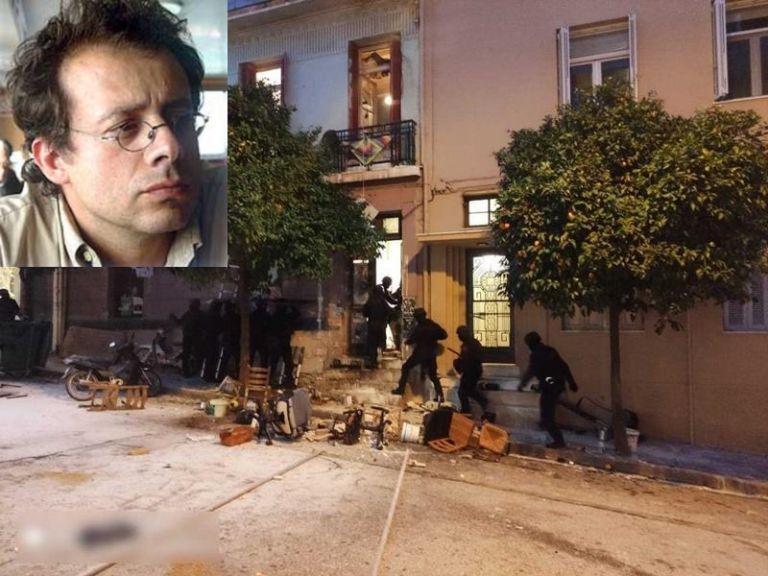 Lower court prosecutor Vangelis Ioannidis has ordered an emergency probe of a 18 December police raid in Koukaki where riot police went to evacuate an occupied building and ended up raiding the next door house and beating the owner, known director Dimitris Indares, who with his two sons were on the roof of their home.

Indares was beaten and bruised by riot police, was taken to hospital and released wearing a medical collar that he posted in the social media.

The prosecutor ordered a probe in response to press reports in order to ascertain whether police on the scene had committed a crime such as bodily injury.

The incident flared up a dispute between the government and main opposition SYRIZA, which claims that the government’s law and order policy has led to a rising incidence of police violence and brutality.

Police were also equipped with French Manurhin guns, which Greek Police said were loaded with elastic plastic balls and not plastic bullets.

Sources in the prosecutor’s office said that three prosecutors were present during the operation.

Indares said that when police first attempted to enter a prosecutor was not there and then three of them arrived.

He and his two sons were arrested and his wife was also in the house.

A dramatic video aired on Open Channel showed Indares on his knees shouting at the riot police asking why he had his hands tied and that they were acting worse than anarchists. He said that Greece has been in a perpetual state of civil war.