In the recorded conversation, Polakis demands that Stournaras also probe the loans of political parties and of other politicians. 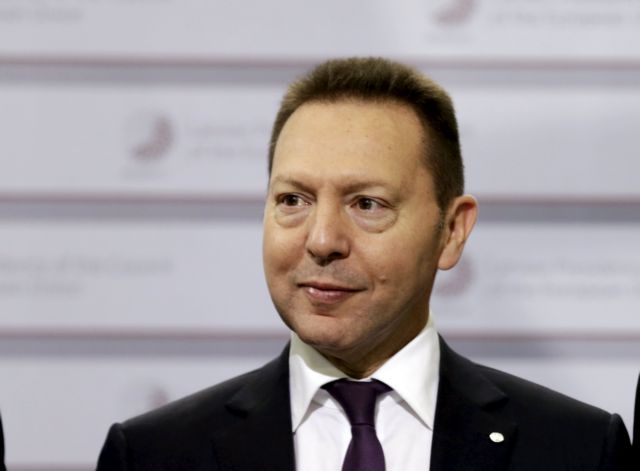 In an unprecedented move, Alternate Health Minister Pavlos Polakis made public a conversation that he had surreptitiously recorded with Bank of Greece Governor Yannis Stournaras, whom he threatened because the Bank has launched an inquiry into a 100,000 euro loan that was issued to Polakis by (non-systemic) Attica Bank with unusually favourable terms for the borrower.
Stournaras arranged talks with Attica Bank executies to review the case.
In the recorded conversation, Polakis demands that Stournaras also probe the loans of political parties and of other politicians.
Polakis then threatens Stournaras that if he does not follow instructions then Polakis will go to the bank governor’s office and not leave until the audits he is demanding are launched.
The transcript of the conversation was first reported by the pro-government Documento newspaper and website of journalist-publisher Kostas Vaxevanis.
Transcript of the discussion as released
Polakis: Mr. Stournaras?
Stournaras: Yes, speaking.
Polakis: I am Pavlos Polakis.
Stournaras: Hello, how are you?
Polakis: I am very well. I called you to say that you are doing very well to investigate the loan that I received from Attica Bank. That is your institutional role.
Stournaras: No, we have not done anything.
Polakis: I saw you issued an announcement.
Stournaras: No, we issued no announcement.
Polakis: There has been a flood [of reports] that you will investigate my loan. In any event I do not want you to tell me something. You are doing well. I want to tell you this. When you finish probing my loan, please examine also the following loans:
1. The loan of the Kyrikas Hanion (Hania Herald newspaper) given to Mr. Mitsotakis, who had not paid a single drachma for 12 years.
2. The loans of the New Democracy and Pasok parties.
3. The loans of a series of politicians such as [ND spokesperson Maria] Spyraki, [ND MP] Adonis Georgiadis and others, who have borrowed loads of money and it is questionable whether they even paid back 5,000 euros each and there is no problem.
4. The loans of the ProtoThema newspaper – amounting to 33mn euros – a large chunk of which was due in 2017 but the Central Bank has done nothing.
I called to tell you that you are doing well to check me, but when you are finished with me (and a clear sky does not fear lightning) check all that too. If you do not investigate those loans, I will come there and not leave until you order a probe.
Stournaras: Let me tell you. Because there was a press report the supervisory authority wants to inspect the product that they offer because Attica Bank is among the banks that we audit, whereas the others are systemic banks and we cannot audit them.
Polakis: What are you telling me Mr. Stournaras -that you cannot audit the banks that issued the loans that led to the country’s bankruptcy and you can audit only cooperative banks? What kind of Central Bank Governor are you?
Stournaras: No, that has changed but if the SSM (Single Supervisory Mechanism) tells me to do so I will.
Polakis: So the SSM let you audit Attica bank and my loan? Right. Let me ask you another question. Since Pantelakis is your man from what I understand…
Stournaras: No, they are all mine.
Polakis: Yes, your associates and so forth.Let me ask you did Mr. Pantelakis give you my loan and then you gave it to Proto Thema (Sunday newspaper)?
Stournaras: No, I did no such thing. It is preposterous.
Polakis: All right, I believe that you did not do it. I repeat that when you check mine check all the others otherwise I will come there and not leave until you order the investigation.
Stournaras: All right fine.
Polakis: Good Afternoon
Stournaras: Good afternoon.