‘The pre-announced operation to prosecute me does not touch me. History is not written by fleeting occupants of the executive authority,» Simitis said, in a thinly veiled reference to PM Alexis Tsipras. 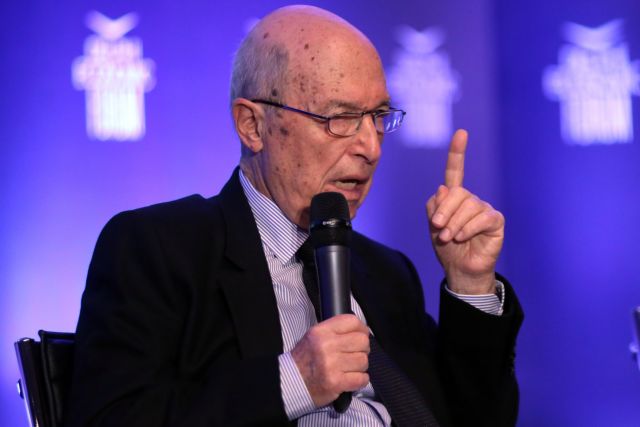 In a bombshell move, the Authority for Combating Money Laundering has ordered the opening of the bank accounts of former Pasok prime minister Costas Simitis and his family, as well as of Simitis’ public order minister, Michalis Chrysohoidis.

In a statement, Simitis implied that the order to investigate him was given by the executive authority, essentially pointing to Prime Minister Alexis Tsipras.

“The pre-announced operation to prosecute me does not touch me. History is not written by fleeting occupants of the executive authority. Obviously, the examination of my bank accounts is welcome. I have nothing to hide. Related articles are based on slander, to which I shall respond when I confirm who is involved.

The decision to open the accounts was prompted by press reports regarding the testimony of Michel Josserand, a former executive at the Thales company, which had undertaken the modernisation Of Hellenic Navy frigates.

Josserand in the past had made general references to bribes related to the procurement of the C4I security system for the 2004 Athens Olympics.

He said that his company did not land the contract because its competitors paid bribes at the level of the competent minister and the prime minister.

Malesios was vice-president of an inter-ministerial committee encharged with overseeing Olympics security, which was awarded to the SAIC company, a US-based multinational with prior experience in Olympics security.

Malesios was living rent-free in a villa owned by Altec company owner Thanasis Athanasoulis, who had a substantial stake in SAIC.

In addition, the Authority has requested from Greek and German authorities the opening of the accounts of the ex-PM’s brother, Spiros Simitis, following reports about 800,000 euros that are being investigated by the Greek Corruption Prosecutor.

Spiros Simitis, an emeritus law professor, an internationally renowned German jurist who is also recognised as a pioneer