‘We have an enormous event on 21 August. The country, after the adventure and pain of eight memorandum years, is exiting the bailout programme. It is impossible to silence or marginalise this, and have the opposition exploit it in a vulgar manner,’ Kouvelis said 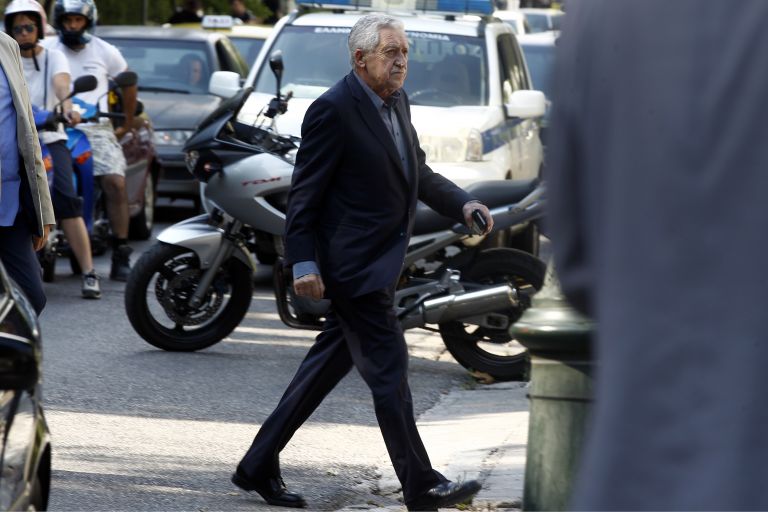 Yet another misguided and provocative statement about the wildfire tragedy was made by a minister. Without a sense of the national tragedy with over 90 dead, one minister after another has displayed an arrogant stance.

This time it was Alternate Defence Minister Fotis Kouvelis, who came out with an even more provocative statement.

Essentially, he placed in the same balance the Mati tragedy with the bailout memorandum exit and the government’s celebrations after 21 August, even though he said he was not trying to offset one event with the other.

Kouvelis told ERT state television that he understands the pain that the tragedy left behind, but that it cannot annul the country’s successful exit from the bailout memorandums on 21 August.

Kouvelis was answering opposition criticism of the government over the deadly wildfires. Like other government members, Kouvelis said that, “New Democracy will get the opposite results of those that it expects with its opposition rhetoric. It is not operating institutionally in its role as opposition. New Democracy did not feel the need to tell us why over so many years [construction] anarchy and state clientelism prevailed.”

Asked about the government’s responsibilities, Kouvelis said, “Our responsibilities are being judged now, based on whether we will implement measures or not. I am absolutely aware that people’s lives have been blackened, but on 21 August the country is leaving behind eight years of memorandums, and that cannot be linked. I do not want to offset the situation.”

Speaking as if nothing had happened over the last weeks in Greece, Kouvelis said, “We have an enormous event on 21 August. The country, after the adventure and pain of eight memorandum years, is exiting the bailout programme. It is impossible to silence or marginalise this, and have the opposition exploit it in a vulgar manner.”

Referring to the armed forces and their role in the 23 July fires, Kouvelis said that their readiness limit is four hours, and that in this fire they were there immediately, in the shortest possible time.

Kouvelis said the armed forces did not act in a lax manner, but that military aircraft could not take part in extinguishing the fire, because houses would be destroyed and people would have been killed. Still, he noted that military means are used to confront forest fires.

Kouvelis reiterated that general elections will be held in September, 2019, and that the government has a long road ahead until then.