“Ieronymos will not discuss religious education in schools with Filis”

The spokesperson of the Greek Orthodox Archdiocese of Athens Harris Konidaris… 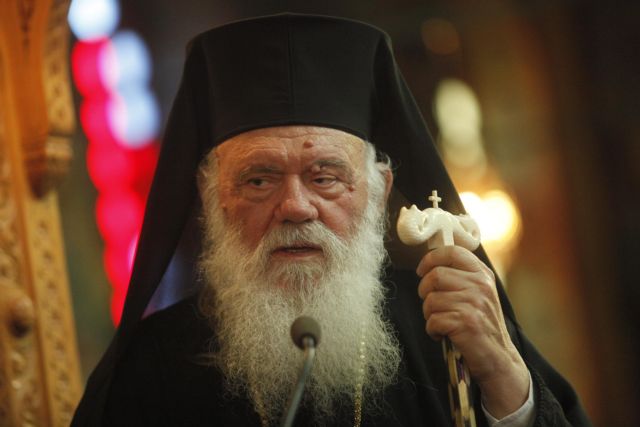 The spokesperson of the Greek Orthodox Archdiocese of Athens Harris Konidaris commented that Archbishop Ieronymos will not discuss the issue of religious education in schools with the Minister of Education Nikos Filis.

Mr. Konidaris also dismissed pro-government media reports that suggest Archbishop Ieronymos was following in the footsteps of his predecessor Christodoulos, who spearheaded a clash with the State in response to the omission of religious beliefs from ID cards.

Furthermore, the spokesperson escalated the tension between Church and State by referring to ‘anti- clericalists’ in Greece who are importing “ape-like” models that are in place in other countries. Mr. Konidaris claimed that the Church never got involved in State affairs and that what it calls for is the State to respect the Constitution.

Concluding his interview on Skai, Mr. Konidaris also clarified that the Archbishop never spoke about a referendum on the prospect of a separation of Church and State.