What the government and IMF agreed on labor reforms 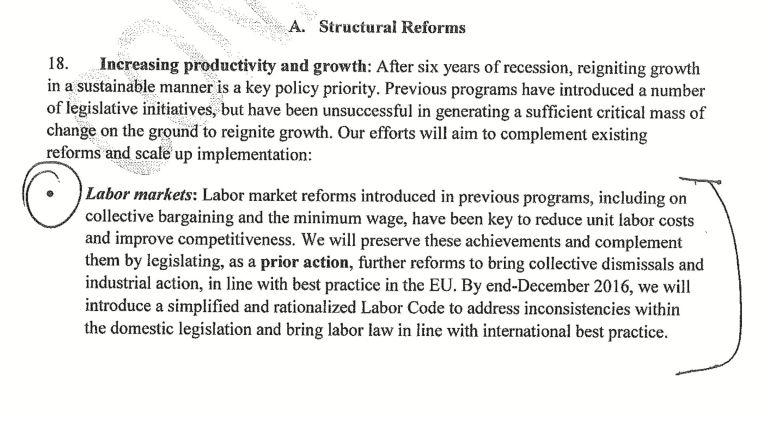 The agreement between the Greek government and the International Monetary Fund includes provisions for a series of structural reforms in the labor market.

Although the Minister of Labor has disputed media reports on wage cuts, the agreement outlines that the aim of reforms is to “reduce unit labor costs and improve competitiveness”.

The agreement also notes that collective dismissals and industrial will be brought in line with the best practice in the EU and that by the end of December 2016 a “simplified and rationalized Labor Code” will be introduced, which will “address inconsistencies within domestic legislation and bring labor law in lien with international best practice”.