Meimarakis claims he is ‘honored’ to be supported by Karamanlis

New Democracy presidential candidate Evangelos Meimarakis has denied talking to Kostas Karamanlis on his candidacy, but… 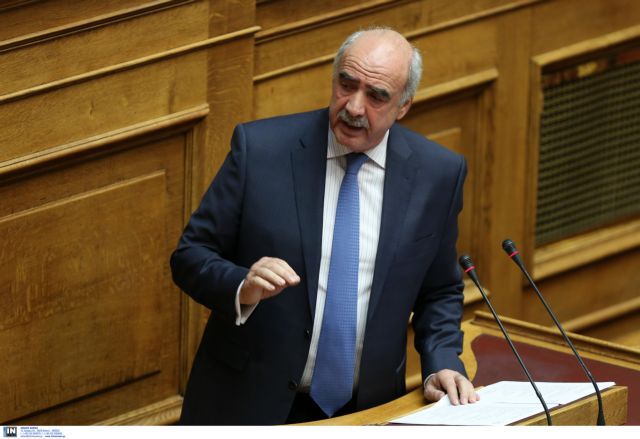 New Democracy presidential candidate Evangelos Meimarakis has denied talking to Kostas Karamanlis on his candidacy, but has underlined that the former party leader supports him. Mr. Meimarakis argued that “Mr. Karamanlis has the right to vote for me” and added that “nobody called me to say ‘you know what, I will vote for you’, neither did Samaras say so” in an interview on Mega Channel.

Although the former party leader has avoided making any comments on the four candidates, Mr. Meimarakis estimated that his experience and good level of cooperation throughout the years ‘secured’ support from Mr. Karamanlis. Despite taking a step down from actively being involved in politics, the former party leader remains a highly influential div within New Democracy.

Mr. Meimarakis also dismissed the suggestion that the party’s unity was being jeopardized by the prolonged election process and commented that New Democracy will stand united, irrespective of who wins the elections. Nevertheless, he slammed party secretary Andreas Papamimikos for the electoral fiasco and accused the Prime Minister Alexis Tsipras or being a “political adventurer who stole the people’s vote”. He also ruled out the possibility of an alliance with SYRIZA, should he be elected party leader.