The government is trapped in a stagnant negotiation 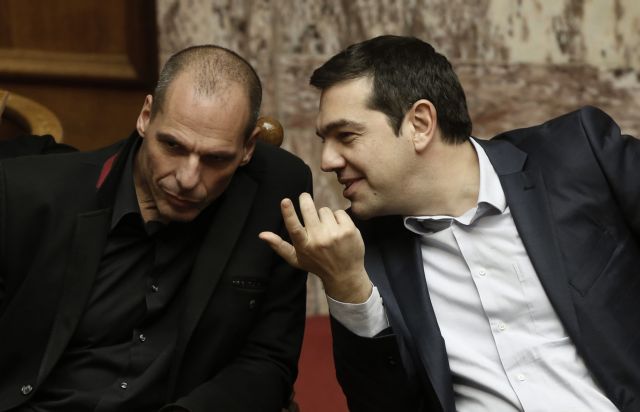 A day after the government cultivated the impression that the negotiations were concluded and the agreement with the partners was being drafted, a slew of statements, articles and information revealed that reality is much different.

Official community sources assured that the agreement is still a distant possibility; Christine Lagarde even stated that a Grexit would not be the end of the euro; voices from the USA argued that the American intention to intervene must not be interpreted as favorable resolution, while the Wall Street Journal argued that an ultimatum towards Athens is the only effective method of concluding the discussion and process.

At the same time, since Thursday morning, SYRIZA officers in Athens estimated that “the Prime Minister is anxiously working on an agreement and requires Merkel’s assistance towards this goal”. A few hours later Mr. Tsipras had a teleconference with Mrs. Merkel and Mr. Hollande. The same sources however estimated that Mr. Tsipras is aware that it will be difficult for SYRIZA’s MPs to approve of the agreement – as it is planned – since it is being accompanied by a heavy tax load and specific commitments for the job market and pension system reforms.

A number of SYRIZA MPs have commented that the government is trapped, under pressure and unable to respond: The government has to face the uncompromising creditors, while time is running out – the current program expires in a month and with it, Greece will not have access to the financing, which has kept the baking system from collapsing. Furthermore the opposition parties are putting pressure on the government, depending on the stance they adopt when the rumored agreement is brought before Parliament, which some SYRIZA MPs may oppose and vote against.

The same sources indicate that Mr. Tsipras’ government is reaching a point where this entrapment may prove to be fatal.

The delays in decision-making and the lack of flexibility suggest that a final discussion will take place in mid June, where the possibility of the country and economy being left in the air, may force a major leap towards an agreement, or bring dramatic political, social and financial consequences, in case Mr. Tsipras hesitates.

According to people close to the Prime Minister, the perceived risk is for Mr. Tsipras to request some dignified terms and the creditors rejecting them, since the key is not what will be included in the agreement, but rather the fact that there is a lack of trust as to whether the government will implement it.