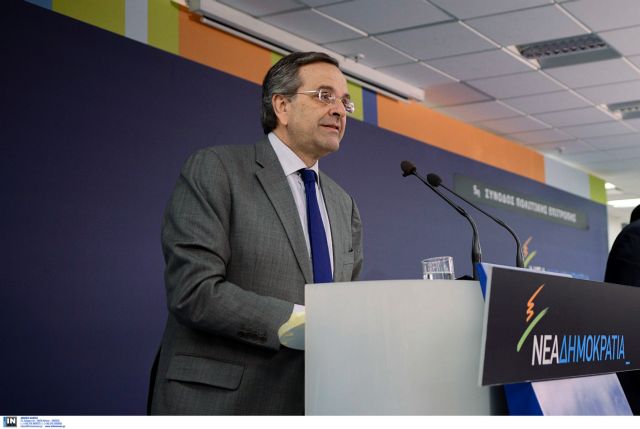 The leader of the main opposition Antonis Samaras is reportedly “deeply concerned” about the negotiations between the government the European institutions, arguing that “tragic mistakes” are taking place.

Mr. Samaras appears to have a “full impression” of the negotiations due to his contact in the European People’s Party and European Socialists and believes that the government has not plan in mind and lacks the necessary experience.

Many within New Democracy are disappointed with the outcome of the negotiations so far and cite the government’s failure to meet requirements for the ECB’s quantitative easement program as an example.

New Democracy spokesman Kostas Karagounis accused the government of lying and that despite the name-change, the SYRIZA-led coalition government will have to talk to the “same troika” in order to implement “the same memorandum”.

The former Alternate Finance Minister Christos Staikouras has expressed his concern over the “creative vagueness” and how this will affect talks between both sides.

At present New Democracy’s strategy is to draw comparisons between the previous and current government, in an effort to galvanize party support.