Conference cancelled due to demonstrating cleaners 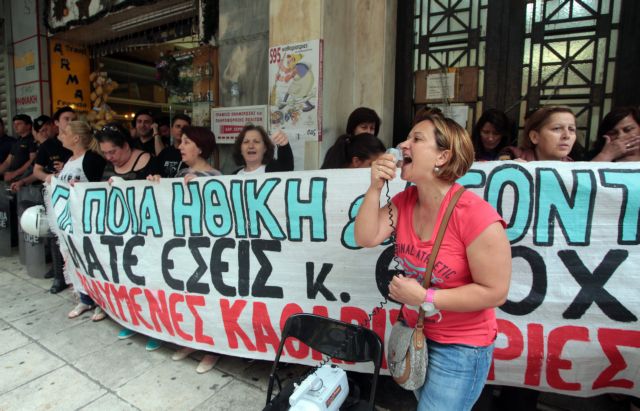 The General Secretary of Public Finances has cancelled a conference that was meant to be take place on Wednesday at the Ministry of Finances’ IT Center (KEPYO), fearing that the gathered cleaners would cause trouble.

On Tuesday the cleaners announced that they would continue their protest and demand that they be rehired by the Ministry of Finances in accordance with a court order. The cleaners also accused the coalition government of being deceptive.

The Ministry of Finances, which has refused to implement the court order with immediate effect, has appealed the decision and the Supreme Court is expected to rule on the controversial case next week.