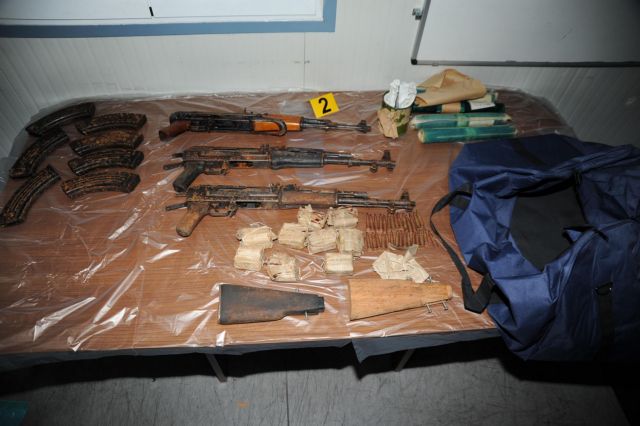 The Opel Astra, which was reported stolen on the 1st January 2014, had been parked outside an abandoned house on Agia Kiriaki street in Paleo Faliro for a while and was discovered by the police about ten days ago and was under surveillance by the counterterrorism police since then. The car had only one license plate, which had been stolen from another car.

According to the ballistics report none of the weapons have been used in other crimes far, but the serial number of the RPG rockets belong to the same batch of weapons found in hide-outs used by Nikos Maziotis. RPGs have also been discovered in hideouts used by prominent organized crime divhead Vasilis Paleokostas.

When the New Democracy offices on Sygrou Avenue were attacked in January 2013, the group claiming responsibility for the attack explained in its declaration that an RPG was going to be used, but the rocket launcher failed to operate.