Atmospheric pollution in Crete, from the fires in Attica and Evia 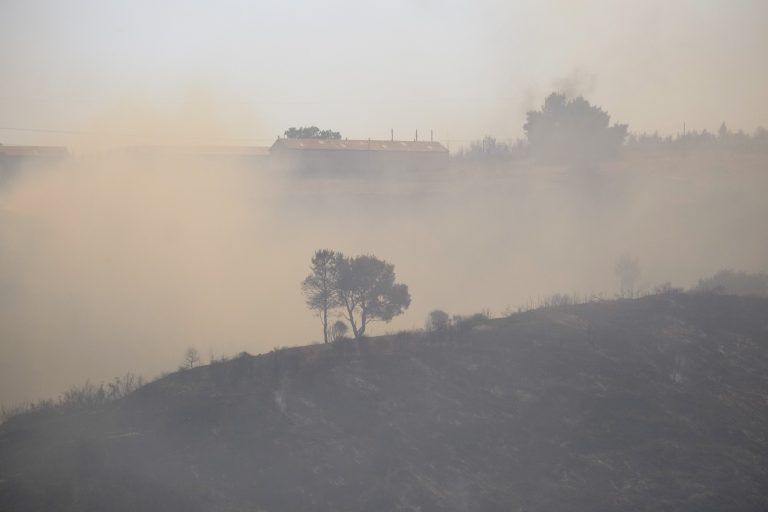 As the researchers of the University of Crete point out, these levels are comparable to the current measurements in Athens.

The measurements carried out at the stations in Heraklion, Chania and Finokalia Lassithi, in the framework of the cooperation of the University of Crete with the Region, provide data on the air pollution caused by the extensive fires in the wider region of the Eastern Mediterranean.

The evolution of atmospheric conditions, according to scientists from the Laboratory of Environmental Chemical Processes, University of Crete, is as follows: “In the early morning hours of 7/8/2021, increased concentrations of pollutants from fires occurring in our country . This is reflected in the measurements from the station in Finokalia, where carbon monoxide (CO) gas levels were recorded four times normal, particulate black carbon or smoke 10 to 12 times higher than the background, as well as aerosol concentrations of PM10 above 50 / m3 per five minutes, a fact that is rarely observed in the absence of desert dust “.

As the researchers point out, these levels are comparable to current measurements in Athens. “In Heraklion (Alikarnassos) temporarily increased concentrations of PM2.5 were observed temporarily during the night until early in the morning, but they quickly decreased to normal levels. The high concentrations were associated with gaseous masses, originating first from the Peloponnese, and then from Attica and Evia, carrying a significant pollutant load from the catastrophic fires. The change in the direction of the wind and the reduction of the intensity of the fires, resulted in the dispersion of the pollutants and the reduction of their levels “.

The above demonstrates the significant impact of pollution transfer from remote areas on air quality, which is monitored in the framework of the “Action Plan for tackling air pollution for the Region of Crete”.

Additional data are recorded in the findings of the measurements, through the network of micro-sensors (air-quality.gr) which operates in the framework of the national research infrastructure for the study of atmospheric composition and climate change, “Panakeia”