Editorial: The crack and the trap 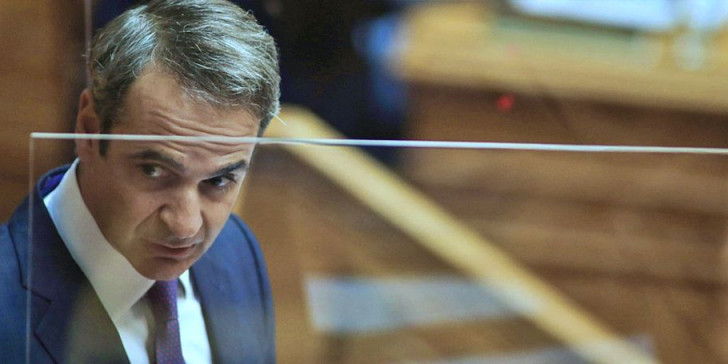 The opposition parties expressed their disagreements over the government’s management of the crisis both before and during the second wave of the pandemic.

Despite the polarisation evident in the skirmishes between party leaders in Parliament regarding management of the COVID-19 epidemic, the debate was useful.

The dire nature of the situation which was described by PM Kyriakos Mitsotakis when he underlined that the next ten days “will be difficult and exceptionally critical” mandates coordination of the country’s political parties in “the war against the common enemy”, which of course does not mean that they must agree on everything.

The opposition parties expressed their disagreements over the government’s management of the crisis both before and during the second wave of the pandemic and in unison blamed the prime minister for omissions.

Mr. Mitsotakis did not avoid admitting the mistakes his government made in the case of Thessaloniki, which is being hammered by the epidemic.

“We were all off the mark – the government, experts, and epidemiologists,” he said.
“If we were all to turn back the clock we would have taken drastic measures sooner.”

The lines of political division did not keep the PM from acknowledging the need to offer assistance at Christmas to those in need, as main opposition leader Alexis Tsipras demanded.

He confirmed that the government intends to freeze home foreclosure auctions and to adopt proposals for subsidising laptops for middle school (gymnasia) and high school (lyceums( students.

The critical nature of this phase of the pandemic does not mean that there is no light at the end of the tunnel.

The PM stressed the need for faithful compliance with existing public health measures and he called upon all opposition parties to dynamically convey that message to the Greek people.

The bright side is that “at the end of this road there is a vaccine” which may become available to us as soon as January.

Yet that under no circumstance should breed public complacency.

That would be the greatest trap into which we could all fall.

The lyric from Leonard Cohen’s “Anthem” best described the moment in which our society, political parties, and scientific community are living”.

“There is a crack

A crack in everything.

That’s how the light gets in.”