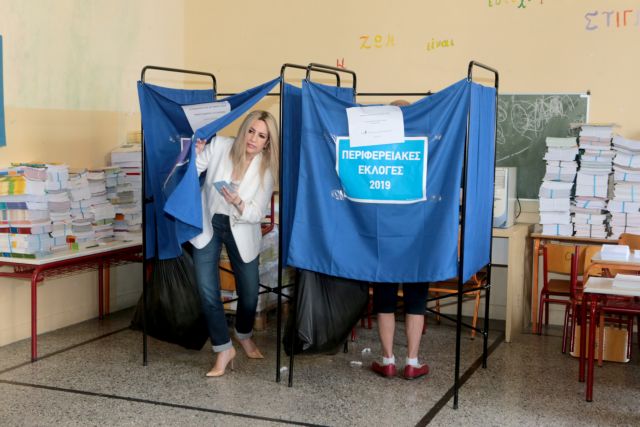 In a bombshell move, centre-left Movement for Change (mainly Pasok) leader Fofi Genninata has shown ex-Pasok leader Evangelos Venizelos the door after her decision today to give former Athens Mayor Yorgos Kaminis the top spot on the party’s statewide ticket after months of rumours that Venizelos would be offered the slot.

Kaminis is a centre-left politician who started out as the Greek Ombudsman and first gained election as Mayor of Athens in 2004 with Pasok backing and was re-elected in 2009.

He failed to gain election to the European Parliament on 26 May – he placed fourth – and he is one of the most outspoken and intense critics of SYRIZA, whose Social Democratic shift he views as a charade.

Party insiders say that contrary to the official line set by Gennimata – one of equal distances from and harsh criticism of both SYRIZA and New Democracy – Venizelos favoured a rapprochement with New Democracy and a possible post-election coalition.

Moreover, Venizelos attempted to undermine the re-election of Western Greece prefect Apostolos Katsifaras who was backed by the Movement for Change and Gennimata.

He was born in Kalentzi, Achaia province, the birthplace of the patriarch of the Papandreou dynasty, the late PM Georgios Papandreou. His uncle Georgios Katsifaras was a minister in the government of Andreas Papandreou

.Venizelos, however, chose too support the New Democracy-backed Nektarios Farmakis.

Papandreou’s associates say he had nothing to do with Gennimata’s decision regarding Venizelos, who played a key role in toppling his government.

The statewide ticket is the showcase of every party in which candidates who are distinguished in their field but would not have garnered the requisite number of voters’ preference crosses to be elected are picked to symbolise certain values and principles of the party. The initial idea was to lure excellent candidates who were not politicians.

The number of MPs elected on parties’ statewide tickets is directly proportional to the percentage of the vote nationwide that the parties garner. If a party wins three statewide MPs, then the first three in the statewide list fill those slots.

In practice, the statewide ticket is often used to elect central party politicians, who could not win the popular vote.

Venizelos had concluded in January that he would not run in the First District of Thessaloniki where he ran a strong political machine for decades, due to a dwindling base of support.

Since then it was rumoured that he would be the top name on the statewide ticekt, but insiders say that had not been guaranteed by Gennimata.