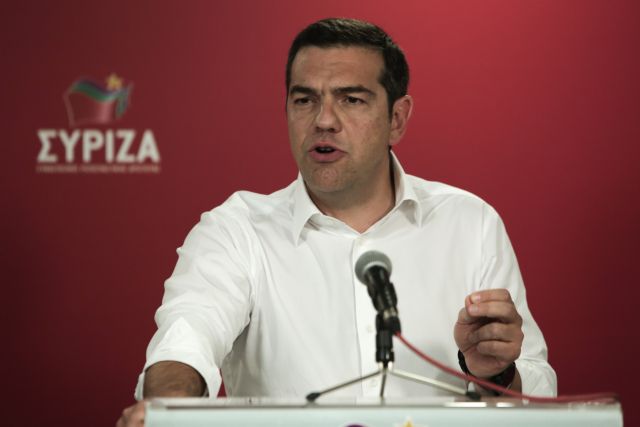 Straight on the heels of a crushing defeat for SYRIZA in the 26 May European Parliament and local elections, Prime Minister Alexis Tsipras has announced that on 3 June, the day after local elections run-offs, he will visit President Prokopis Pavlopoulos and request the proclamation of early elections.

“Immediately after the second round of local government elections I will request of the President of the Republic the immediate proclamation of national elections so that the people and only the people will make the decision,” the PM said.

“[The Greek people will decide] whether they want us to carry on with a plan to support the many or whether they want to return to the darkness of austerity, of the IMF, of the yesterday that we all lived through,” Tsipras said of New Democracy’s electoral platform.

“We moved forward in the face of unprecedented difficulties over the last four years. The election result did not meet our expectations. The electoral result does not satisfy me and I will not ignore it…I cannot ignore it. The final verdict is always delivered by the people. I will not escape,” he said.


Shortly before that announcement, Mitsotakis had thrown down the gauntlet and had demanded that Tsipras resign and call a general election immediately, following the stinging defeat for ruling SYRIZA in today’s European Parliament election.

“It is clear that the Greek people have withdrawn their support for the ruling majority. The time left until the formal end of the government’s term may appear very limited, but it is enough to bring even greater harm to the country, especially when there are emerging national dangers and new threats to the economy. Greece needs a new government with a fresh mandate from the Greek people which will ensure stability at this critical juncture,” Mitsotakis said in a nationally televised statement.

“The prime minister has a duty to assume his responsibilities. For the good of the country he should resign so that the country can hold national elections as soon as possible. That in the final analysis is the only clear-cut solution. Greece cannot wait any longer and cannot constantly retreat.”