Orban, Salvini, and Lepen, to take just the most prominent exponents of this current, constitute a major threat to Europe because they have adopted poisonous, xenophobic, and authoritarian policies. 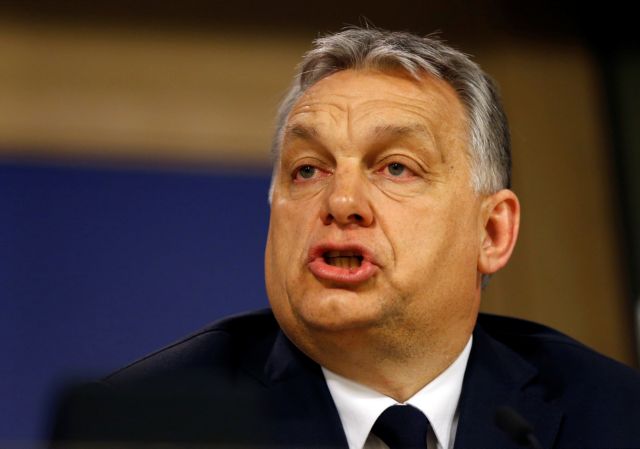 The suspension of the membership of Hungarian Prime Minister Viktor Orban’s party in the European People’s Party constitutes a resounding message to the political forces which do not respect the fundamental principles of the European family.

The European centre-right almost unanimously decided that the anti-liberal policies of Orban violate the basic values of the European project and that his party will not be tolerated in the EPP.

In an era in which nationalism and populism are rearing their ugly heads in many if not all European countries, the battle against all who serve them is at once a battle to defend democracy and the rule of law.

It is a difficult and politically painful battle. The national populists, exploiting in a demagogic manner the real and weighty problems of European unification, deceive and drag down an undemocratic path a large segment of the citizenry of European societies.

Orban, Salvini, and Lepen, to take just the most prominent exponents of this current, constitute a major threat to Europe because they have adopted poisonous, xenophobic, and authoritarian policies that may revive the darkest pages in European history.

Freedom, solidarity, and the defence of human rights and of the rule of law were and remain the fundamental principles on which post-war Europe was built.

These values are being steadily undermined by the national populists’ xenophobic rhetoric and constant violations of the European acquis, the laws, rules and principles that govern the EU.

They want to return to closed borders and to muzzle any critical voice, including the media that do not capitulate to their agenda, and to manipulate the citizenry.

They exploit grave economic inequalities, unemployment, and the ever decreasing expectations of European citizens.

They cultivate hatred, division, and xenophobia.

The response to these phenomena of the largest European political family, the EPP, is exceptionally significant, because it disregards the political cost and stands up for European values.

It is a clear message that Europe still has politicians who place the broader interests of Europe above narrow partisan and national interests.