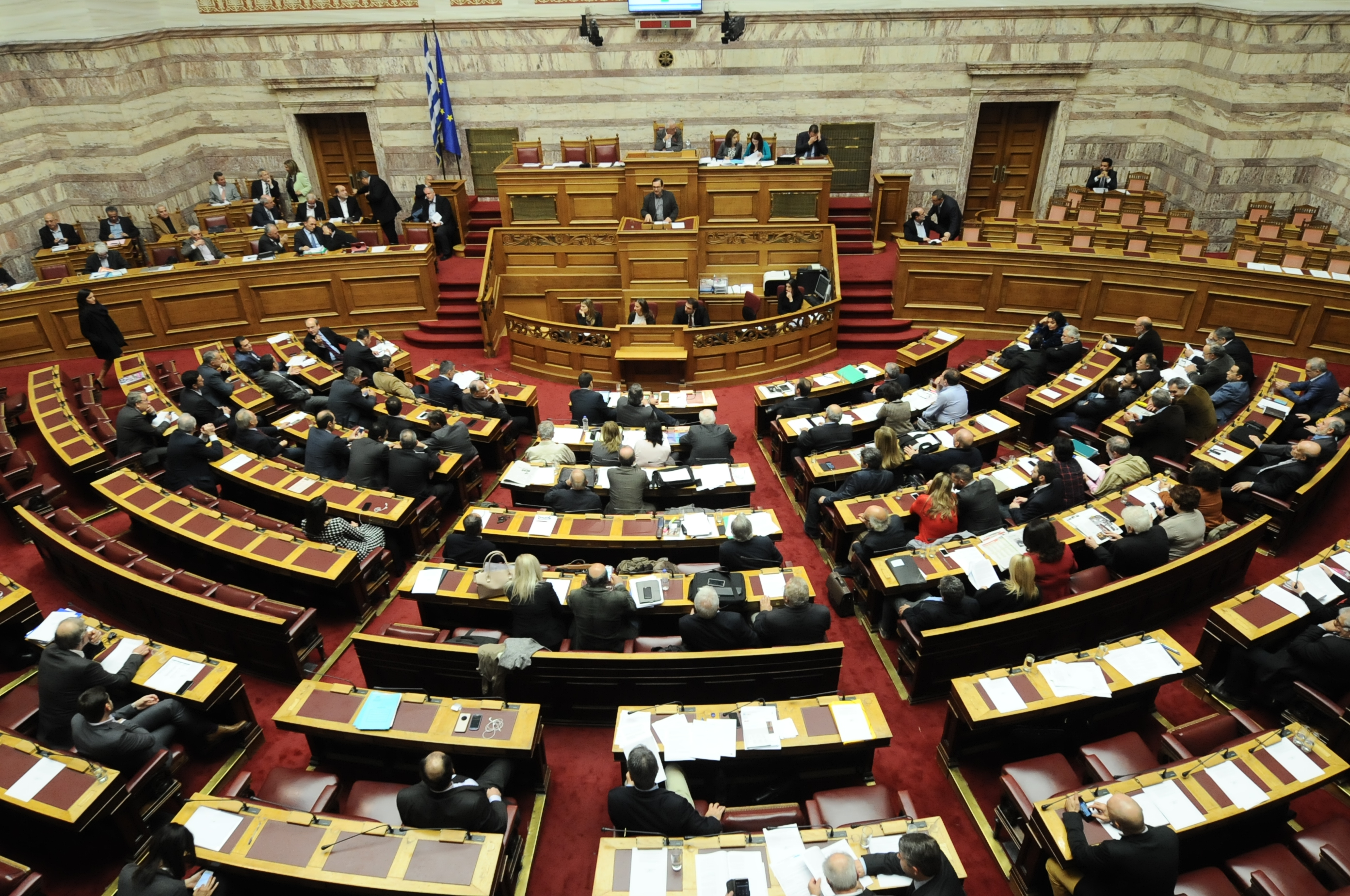 The third evaluation of Greece’s fiscal programme is by all appearances heading toward conclusion. At least those are the assurances offered by all involved parties, domestic and foreign. Last week the government was touting just that prospect, with the prime minister intimating in parliament that it is imminent, certainly before the end of the year.

Correspondingly, Brussels transmitted a similar signal. European Commission spokesman Maragaritis Schinas, a close associate of Jean-Claude Juncker, informed a closed meeting of media heads in Athens that, “we are very near, and barring something unforeseen, the agreement at a technical level can be completed by mid-December”, so that it can be approved at the first Eurogroup in January.
Eurostat reveals shocking inflation figures

Schinas was so certain about the completion of the evaluation that he sought to inform Greek journalists mainly about what comes after, the negotiations regarding the oversight regime after the end of the programme, on 20 August, 2018, when the troika’s loan programme for Greece ends.

For Mr. Juncker’s Greek spokesman, the paramount issue from hereon in is the fiscal oversight mechanism, so as to avert a possible fiscal derailment that could lead the Greek economy to a new fiscal crisis. He outlined four possible scenarios, with the “hybrid” one being most prevalent, combining an oversight mechanism with a debt restructuring, as a guarantee for the return to the markets.

There is a common conviction that the Europeans want to finish with the curse of memorandums, are tired of overseeing and paying Greece, and are essentially in a hurry to rid themselves of the Greek problem. They want to shift the burden entirely to the Greek political system, which will be asked in August, 2018, to discipline itself and shoulder the full burden, if it really wants Greece to keep in touch with the process of deepening European unification and completion.

Exit from the memorandum and debt

That means that Greece must adjust analogously, since as of August 2018, Greece is obliged alone, without crutches but with its own powers, to go to the markets to cover its borrowing needs. The aid it will receive until then is linked mainly to the debt restructuring promised in 2012, and with whatever guarantees the oversight system agreed upon can offer.

Despite the optimism coming from various directions, the road to exiting the memorandum is not strewn with rose petals. The preservation of fiscal stability is not guaranteed, nor free of political and other dangers.
It will require types of discipline which historically the Greek political system lacks, as it has proven countless times that it is inclined toward irresponsibility.

An electoral cycle could be a threat at any moment. Alternate Finance Ministe Yorgos Houliarakis has said that the announcement alone of the end of memorandums will trigger pressures on the budget, as it will free up social and political forces , which in turn will inundate the government’s economic team with “just requests”, either for tax cuts or for increased spending.

The bombshell of bad loans
Still unresolved and dangerous for Greek economic developments, is the issue of banks, and particularly non-performing loans (NPLs). Greek banks, in the context of the ongoing programme, have agreed this year to limit NPLs by nine billion euros, and 12 billion euros next year. The above targets are not easily attainable, and much will depend on the rapid execution of online auctions [of seized properties].

The troika has told the government that online auctions must be in place for the third evaluation to be completed.
In the most recent negotiations with the troika Citizen Protection (public order) Minister Nikos Toskas was strongly criticised for not taking the necessary measures to protect notaries public so that online auctions can commence.
Under the weight of these pressures and with the anxiety of bankers mounting, the development ministry pledged that on 29 November the platform will be ready for the first online auctions. The aim is to facilitate banks and transmit a strong signal to the market, especially to those who have the money but don’t pay, that they must pay back the banks or lose their properties.

In any event, the path toward exiting the crisis will be no cakewalk. The Greek economy continues to be tormented by the weight of taxes and by a drop in demand, while consumption remains low and demand for goods and services limited.

Anemic recovery, political uncertainty
The business market, after the optimism of the summer tourist season, is going through a difficult autumn. All retail chains saw their turnover recede after September, which indicates low income and anemic recovery. Everyone by now realises the importance of expediting investments, and they demand that the prime minister remove the plethora of obstacles and organise his government to facilitate enterprises, especially competitive and outward looking ones, to promote and actualise their investment plans.

Unfortunately, the political climate is not helping. The strategy of tension that Mr. Tsipras seems to be choosing , the wave of scandal-mongering that he organises in order to attack main opposition leader Kyriakos Mitsotakis and all those whom the prime minister’s Maximou office believes are in line with him, undermines the required climate of political stability.

In general, Mr. Tsipras’ political moves create the impression that the ruling party, even before the third evaluation is complete, is creating the conditions for an electoral surprise.

Those in the know are aware that the broad propagandistic mechanism of the government is preparing in a systematic and organised manner “character assassinations”, so as to lower New Democracy’s lead in the polls and to highlight the classic dividing lines between left and right, with an eye to trapping centre-left voters in this bipolar political scheme.

Toward a long pre-election period

Essentially, Mr. Tsipras’ political planning creates the environment for a drawn out electoral period, which does not fit his stated aim of stabilising and growing the economy. The political aims are clearly irreconcilable with the economic ones. They intensify suspicion and create new doubts. One would expect, in the still uncertain economic conditions, a climate of understanding and quelling political passions, instead of confrontations and tensions. That is unless a snap elections surprise is being prepared, to capitalize on any advantage created by the completion of the evaluation and a possible debt restructuring.
Ακολουθήστε