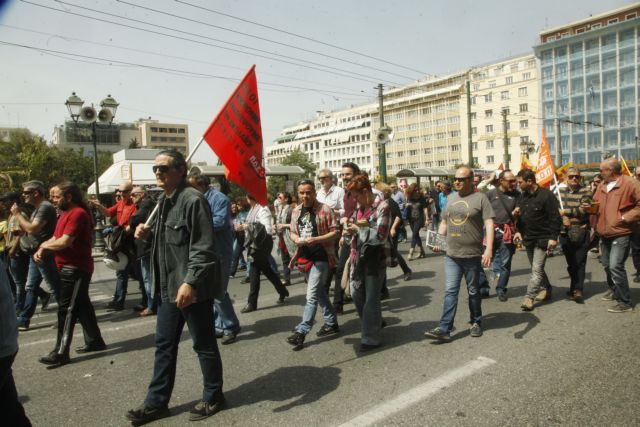 A series of demonstrations and protests have been arranged to take place in many cities across Greece on Wednesday.

The civil servant union ADEDY has announced a strike as of 11am on Wednesday in protest of the budget cuts in education and healthcare. Demonstrations have been planned in Athens (Klafthmonos Square) and Thessaloniki (Venizelos Statue).

Meanwhile the nationwide federation of public hospital employees (POEDIN) and the federation of doctors (OENGE) have announced a 24-hour strike for Wednesday and a demonstration outside the Ministry of Health.

Teachers are also taking to the streets over the school reforms being planned, with the nationwide federation (DOE) have announced a rally at the Propylaea at 12:30, followed by a march to Parliament.

The upcoming privatization of the port authorities of Piraeus (OLP) and Thessaloniki (OLTH) have also prompted reactions from the nationwide federation of port employees (OMYLE).

Finally, the employees in the urban transportation services in Athens are continuing their strike actions with a walk-out between noon and 4pm. As such, there will be no metro, electric railway or tram services during these hours.