PM Tsipras to request a European summit from Tusk 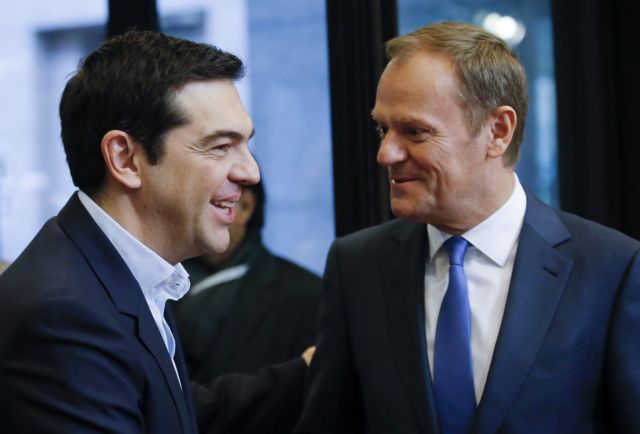 The Prime Minister Alexis Tsipras will contact the President of the European Council Donald Tusk on Wednesday morning to call a summit meeting, following the impasse in the negotiations with the institutions quartet in Athens.

Government sources revealed that the Prime Minister will ask the summit in order to ensure that the July 2015 agreement is implemented. The sources also commented that the PM had decided upon such an initiative if the negotiations were to break down.

Political estimates suggest that the European Council President may reject the request, not wanting to get involved in the clash between Greece and its creditors. In this case, Bloomberg estimated in an article on Tuesday that the government may call elections.