Kammenos and Dritsas rule out Greek participation in Syrian operations 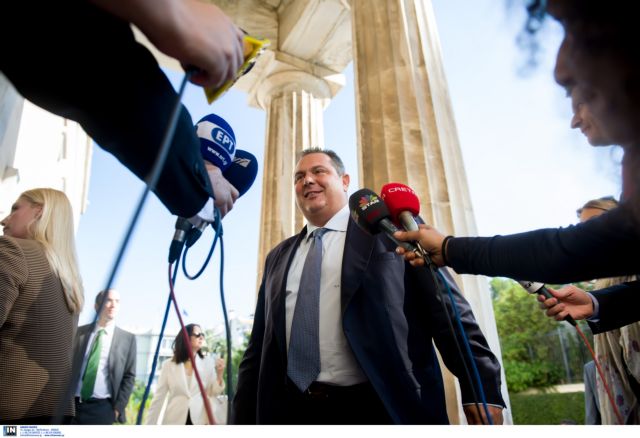 In a Monday-morning interview to ANT1, Mr. Kammenos argued that Greece can play a more valuable role as a guarantor of stability in the greater region, than as part of the war and underlined that the terrorist attacks in Paris concerns everyone. Mr. Kammenos explained that most of the assailants were residents in western countries and some had arrived with refugees without being registered.

When asked about border protection, the Minister explained that the involvement of the Armed Forces is restricted to a support role. Mr. Kammenos lashed out against European leaders for not pressuring Turkey into upholding its agreements on returning refugees to their country of origin and thus allowing the refugee crisis to reach the present, dramatic situation. Mr. Kammenos also rejected the possibility of joint patrols with Turkey, which he claimed that Turkey is striving for.

Similarly the Alternate Minister of National Defense Dimitris Vitsas told SKAI that there was no chance of Greece participating in any military operations in Syria. Instead, he noted, Greece will work towards providing a solution for political stability in the war-torn nation. Additionally, Mr. Vitsas did not rule out the possibility of jihadist terrorists entering Europe via Greece and underlined that the so-called Islamic State is establishing cells in western counties.