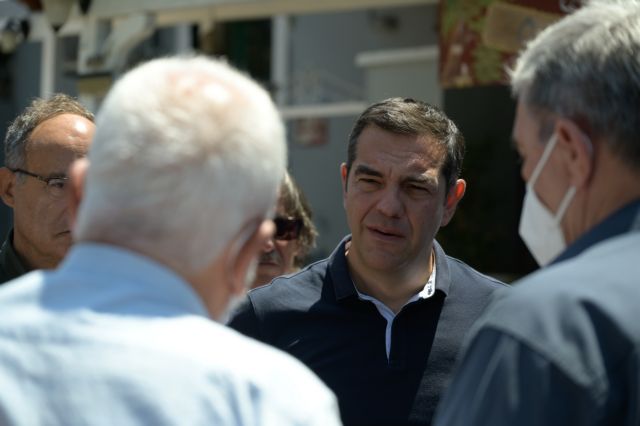 The president of SYRIZA, Alexis Tsipras, went to the prosecutor of the Supreme Court, Isidoros Dogiakos, in order to meet with Mr. Dogiakos on the issue of wiretapping.

According to information, the president of SYRIZA is expected to request, among other things, the consolidation of the files concerning the surveillance.

The main opposition party, moreover, believes, based on the latest opinion polls and revelations about the surveillance case, that the electoral game is now afoot.

In its announcement yesterday, SYRIZA noted that “after the chilling revelations that in addition to ministers, businessmen and politicians, the national Intelligence Agency-EYP’s target was also the leadership of the armed forces, the government representative once again chose the path of ridiculous evasions and attacks instead of clear answers”.

“However, things are much more serious than they think, for them to dare to get away with references to Aesop and witticisms”, pointed out SYRIZA, referring to a statement by the government representative, Yiannis Oikonomou.

The party addressed the following questions to the government: “Is it true that the EYP targeted the heads of the country’s armed forces? Can the political leader of the EYP and Prime Minister, Mr. Mitsotakis, categorically deny it?”, to end by saying: “We will wait for clear answers. We will not tolerate games with the national security of the country.”