The duty of authorities is first of all to provide security for professors and students and together to truly guard university asylum. 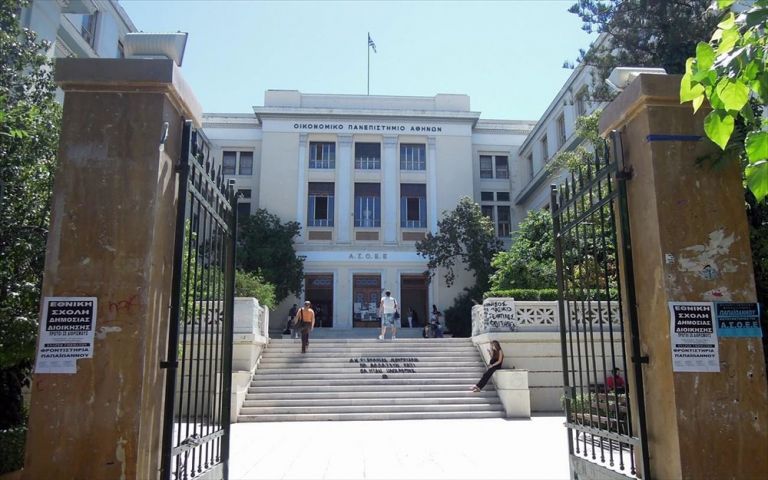 Not many days ago a bevy of livid members of anti-authority groups with rafters and sledgehammers and with violent intentions conducted a foray at Athens’ Economic University’s historic building on Patision Street and made their way to the office of the rector, Emmanuel Giakoumakis,  with the obvious aim being to assault and destroy.

That was because they consider him responsible for police reclaiming a building  on Mavromataion Street owned by the university and occupied since 2006.

The infamous “Vancouver” as the building was dubbed was used as a safe-house and a base for all sorts of illegal forays.

It was by a stroke of luck that the rector was not in his office and was spared worse eventualities.

He was beaten mercilessly. If university staff had not intervened no one would know how far they would have gone.

By shouting at the perpetrators, “What are you doing? You will kill him and go to jail,” they managed to wrench the student from their hands.

Those who saw the attack were scared by the fury and aggressiveness of the self-styled avengers who are even capable of murder.

Fear and concern have permeated the Economic University.

The rector believes that his life is in danger and other academics believe that worse things can happen, such as arson.

Everyone can now see that there is no room for tolerance by the state for the targeted degradation at universities, for violence of any kind, which is Impermissible and unacceptable.

The duty of authorities is first of  all to provide security for professors and students and together to truly guard university asylum, which has been trampled over by undesirable invaders who have no connection to the academic community.

The demand for open and peaceful universities is now universal.

In all university faculties one sees the spontaneous emergence of groups comprised exclusively of university students who refuse to reconcile themselves with the climate of violence and destruction which criminal elements want to impose.

Already, thanks to their initiatives over the last few days there was a suspension of plans for “political” occupations which have nothing to do with academia at a number of university faculties.

That is in part because most university students who are affected by the impact of the economic crisis cannot financially burden their parents ad infinitum.

Hence, they want to graduate as quickly as possible in order to join the productive labour force.

These are new realities and it is necessary that all political parties including the Left truly contribute to a mandatory peaceful revolution that must prevail at universities and the entire country.

This is the only thing that can truly guarantee an exit from the long and complex crisis that has bedeviled us for years.