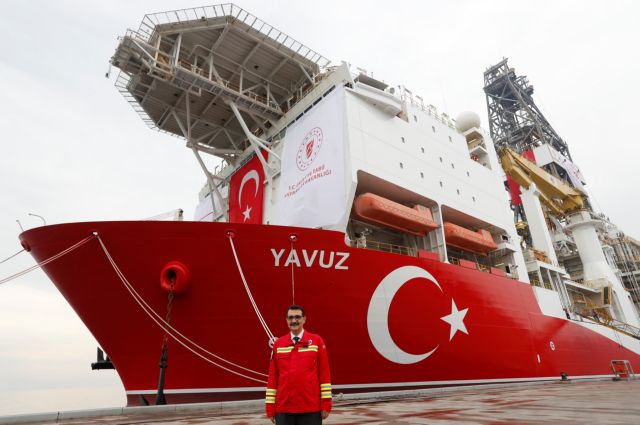 Completing ignoring EU warnings and sanctions and repeated US warnings, Turkish Defence Minister Fatih Donmez announced that Ankara’s ultra-modern drilling ship Fatih has reached a depth of 5,000 metres in drilling to the west of Cyprus and that a second drilling ship, the Yavuz, will begin drilling in a few days off the coast of the Turkish-occupied Karpas peninsula, the north-easternmost tip of the island, following preliminary checks.

The Fatih is expected to remain in the area for about another month while the Yavuz will reportedly conduct drilling off the coast of Karpas for about three months.

Donmez (photo) refused to confirn rumours that the Fatih has hit on a gas deposit and said only that the drill has not yet reached its target depth.

Aside from the Fatih and Yavuz, the Barbaros seismic research vessel has also been illegally plying the waters of the Exclusive Economic Zone (EEZ) of the Republic of Cyprus and Ankara is poised two send a second seismic research vessel, the MTA Oruc Reis, from a mission on the Black Sea and Marmara to Cyprus’ EEZ within about a month.

“Our team is gaining experience and accumulating data.., We will have the opportunity to reach those resources as soon as possible … We will continue this work in this way, we are determined. The necessary elements of our Armed Forces as well as the necessary units of our Ministry of Foreign Affairs are in constant coordination,” Donmez was quoted as saying by the Turkish daily Yeni Safak.