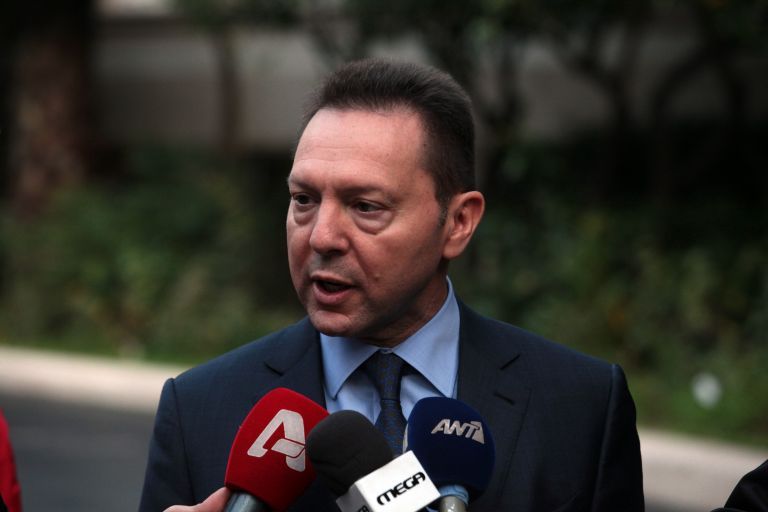 Bank of Greece Governor Yannis Stournaras has announced that the central bank will propose the full lifting of capital controls which were imposed in June, 2015, when Greece’s second bailout memorandum had ended and the the Tsipras government was still refusing to sign a new memorandum with creditors and EU partners.

“We spoke about the banking system and developments there and in the Greek economy more generally. We agreed that the banking system is doing well and that we need systemic solutions and all the weapons that are on the table. The government will request that all feasible solutions be implemented,” Stournaras said.

He noted that he agreed with Mitsotakis on the necessity of structural reforms and reiterated that Greece is unlikely to meet its 3.5 percent of GDP primary surplus target, as the central bank projects a 2.9 percent primary surplus.

The Gordian Knot of NPLs

The central banker revealed nothing about the government’s plans on how to deal with NPLs beyond saying that there are “two options on the table”, and he refused comment when asked about the proposal of two New Democracy MPs that an available 30bn euro cash buffer that creditors approved as a guarantee to facilitate Greece’s return to the markets be used to resolve the NPLs crisis.

Stournaras appeared upbeat on his emerging relationship with the newly elected Mitsotakis government and noted that for the last three-and-a-half years former PM Alexis Tsipras never invited him to his office.

Indeed, there was open warfare between Stournaras and the Tsipras administration which had repeatedly and publicly slammed Stournaras, accusing him of politicising his role, aspiring to a political career, and purposely undermining government policy.

The prime example was when Greece was about to complete the third and last bailout memorandum in August, 2018, and Stournaras publicly urged that Athens officially request a precautionary credit line, which the government said would be tantamount to signing a fourth bailout.

The Tsipras government’s narrative at the time was that Greece achieved a “clean exit” from the bailout memorandum era.

Stournaras underlined that the Bank of Greece will fulfil its institutional role under its charter as an advisor to the government.