New complications in completion of Patra Pyrgos road due to Kalogritsas

Kalogritsas first became known nationwide as the darling of the SYRIZA-led government in 2016 when he bid unsuccessfully with letters of credit from Attica Bank and dubious collateral in a tender for broadcast licenses. 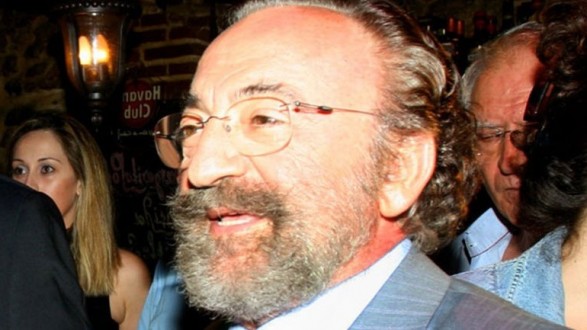 The Ministry of Infrastructure and Transport’s decision to knock contractor Christos Kalogritsas out of contracts related to the Patras-Pyrgos highway is likely to cause yet another delay in the major construction project, as the ministry will have to seek out another contractor.

The reason Kalogritsas was removed was that he failed to meet a 10 June deadline for submitting two required letters of credit worth 1.4mn euros and 1.2mn euros, respectively.

Sources said that Kalogritsas was unable to receive letters of credit from Attica Bank and from the Public Works Engineers-Contractors Fund (TMEDE).

Critics have charged that the government – with the pretext of trying to break up an oligopoly of contractors who always were awarded public works – split up the project into several sub-tenders in order for Kalogritsas to land the contracts, so it could have “its own” contractors in major public works.

Until then, market players said that Kalogritsas could only undertake small contracts because he lacked the funding for bigger projects, but that apparently was not an issue for the government.

However, the discounts that he offered the state were so huge that he was unable to complete the projects.

Kalogritsas first became known nationwide as the darling of the SYRIZA-led government in 2016 when he bid unsuccessfully with letters of credit from Attica Bank and dubious collateral in a tender for broadcast licenses.

At the time, it was widely reported that he had used borrowed money and three real estate properties including pasture land on the island of Ithaca as collateral to meet the financial preconditions for participating in the tender.

The general impression was that Kalogritsas was the straw man in the government’s effort to have a nationwide broadcast channel that it could completely control.

Shipowner and Olympiacos’ FC leader Evangelos Marinakis revealed in a 16 May interview with Alpha television that Digital Policy Minister and PM Alexis Tsipras’ right-hand-man asked him to lend 20mn euros to Kalogritsas to buy a television broadcast license and build a government-controlled station.