Editorial: More games with the judiciary

A move to swiftly replace the leadership of the Supreme Court now entangles it in political games. It may also be motivated by the government’s anxiety about the future. 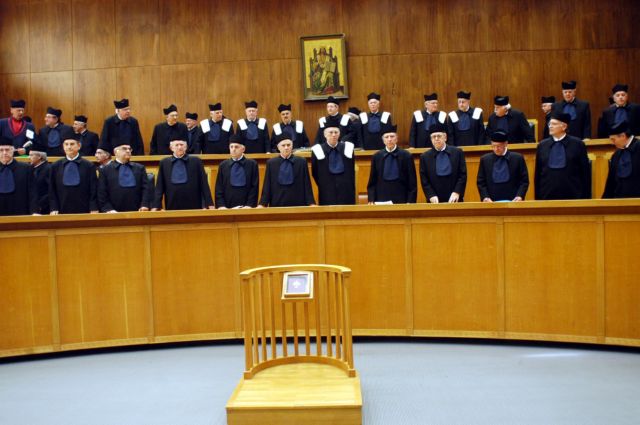 Despite its major defeat in the 26 May elections, SYRIZA has not abandoned its habit of playing games with institutions, nor has it renounced the machinations in which it has engaged over the last four years.

With a general election campaign in full swing and a government that is collapsing SYRIZA insists on appointing the successors of the outgoing Chief Justice of the Supreme Court and its chief prosecutor.

With no sense of democratic responsibility, without basic consensus, and with its characteristic arrogance, the government is once again attempting to use the judiciary as a tool for its own ends and is thus further undermining the credibility of the High Court.

Mr. Tsipras decided to call snap elections as he understood the disharmony between the will of the electorate and the ruling majority.

He thus indirectly acknowledged that he lacks the legitimisation to take decisions that bind the country, as he will effectively be a caretaker prime minister until the 7 July general election.

Top constitutional and other legal scholars have underlined that it would be a breach of ethics to proceed with these appointments now.

The term of the country’s top judicial functionaries ends on 30 June at the height of the general election campaign, and there is no operational or substantial problem in delaying the appointments for a few days.

In June, 2015, six months after it came to power, the SYRIZA government waited four months before filling the top posts of the Council of State and of the state’s Court of Audit so that then Supreme Court Chief Justice Vasiliki Thanou would be the only candidate to  serve as caretaker prime minister before the second general election of 2015.

Caretaker PMs in Greece must be one of the presidents of the nation’s three high courts.

The move to swiftly replace the leadership of the Supreme Court now entangles it in political games. It may also be motivated by anxiety about the future.

This government has already meddled in and harmed the judiciary in an effort to target its political opponents and others.

The President of the Republic as guarantor of democratic normalcy has a duty to remind the government of that and not to cooperate with its effort to degrade the judiciary once again.

It is time for the country to return to normalcy and ensure the free operation and independence of institutions.

Games and institutional acrobatics must end at long last.