Editorial: Mudslinging versus the truth

The luminaries of SYRIZA have always believed that newspapers and other media are not the product of free journalists but rather should blindly follow the party line. 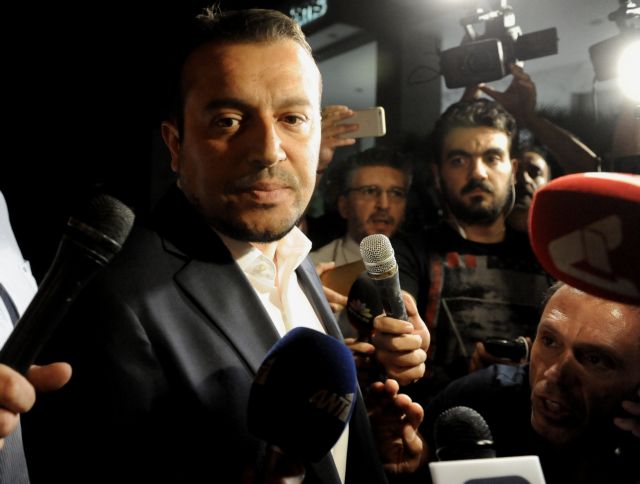 Those of us who have experienced the generalised crisis in the Greek media, including the Lambrakis Press (DOL), during the last decade of deep recession know first hand the intensity and depth of the efforts of then rising political forces, especially the current government, to co-opt the media.

SYRIZA and its initially weak leadership started out by seeking contact with and coverage and promotion by the Lambrakis Press and an associated television channel in which it was a shareholder. Indeed, that was generously offered based on the principles of objectivity and equal treatment.

Yet, the evolving crisis created new realities in politics and intensified the arrogant demands of the neo-leftist populist party.

Especially after the double elections of 2012 when Syriza’s electoral percentages rose dramatically and the prospect of governing became real the party bigwigs set aside bourgeois niceties and expanded their list of demands.

Between 2012 and 2014 the opposition SYRIZA party started directly demanding that centre-left media and especially those belonging to DOL offer favourable coverage of the party.

Their argument was: “Pasok is dead and we are now the democratic centre-left and you have a duty to support us.”
The only problem was that the views and outlook of SYRIZA cadres about how to handle the crisis were a far cry from the positions of To Vima and Ta Nea.

This of course was a mere detail for the luminaries of SYRIZA who have always believed that newspapers and other media are not the product of free journalists but rather should blindly follow the party line.

Thus, when they won the 2014 European Parliament Elections and power was within reach they went overboard. They exploited the dire financial straits of the media and started demanding that distinguished journalists be fired so that “their own” could be appointed to key positions.

Towards the end of 2014 the pressure became insufferable and was accompanied by threats such as, “You should know that on press and media issues SYRIZA is akin to Chavism.”

Still, our journalists and newspapers did not succumb to pressure and they continued to stress the extremely negative repercussions of SYRIZA’s sterile and confrontational brand of politics.

That is how we reached the huge impasse in the summer of 2015. It was demonstrated that the free journalists were right and that Mr. Tsipras could not see beyond his nose.

When the government was forced to do an about-face on its perilous endeavours it returned to its divisive tactic of slandering and targeting the media and journalists in order to divert attention away from its huge mistakes.

SYRIZA benefited from the worsening of the repercussions of the crisis and rushed to unleash new charges against the supposed “enemies of the people”.

By the autumn of 2015 it had planned its conquest of the media and in January, 2016, it formally proclaimed a tender for the sale of broadcast television licenses.

That is how we reached the tender in the summer of 2016 and the completely problematic manner in which it approved candidates who were under investigation and who did not have the money as the incontrovertible charges of our publisher, Evangelos Marinakis, indicated.

It chose a similar problematic strategy when it was decided to terminate DOL’s loan contracts and the company was placed under a special management status.

At first, it attempted unsuccessfully to drive To Vima and Ta Nea into the hands of a particular businessman. It did not manage to block the tender for the sale of DOL’s publications. When the Lambrakis Press was acquired by Mr. Marinakis, the government returned to its old tactics of blackmail, efforts to control, and subjugation.

Our publisher did not capitulate and did not satisfy their outlandish and unethical demands which violated any sense of journalistic ethics and so the attacks against the media group became generalised.

This is the sequence of events and the truth that those in power have trampled over.

What our readers should know is that our newspapers remain independent and operate under no one’s tutelage.
They remain true to their principles and traditions in the ongoing effort to function as beacons of truth and as a force for progress in our troubled land.