The budget again reflects the strategy of the government of overreaching primary surplus targets, allowing for a bit of generosity towards targeted social groups, with an eye to the next general election. 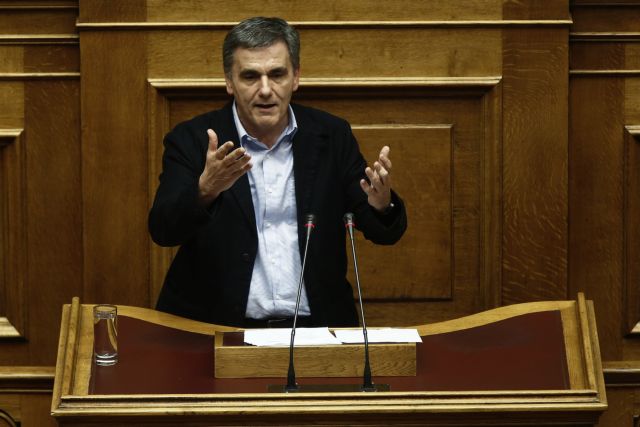 The budget that was submitted to parliament yesterday, despite the over-optimism of the government, does not change the realities in the Greek economy. It allows ministers, with the tacit approval of Brussels, to celebrate that pensions were not cut and that most of the benefits announced in Thessaloniki by PM Alexis Tsipras will be distributed, but essentially it is a copy of last year’s budget.

The budget again reflects the strategy of the government of overreaching  primary surplus targets, allowing for a bit of generosity towards targeted social groups, with an eye to the next general election.

It should be noted that in order to avert pension cuts the government is again paring back public investment (and unemployment benefits), the only measure that would symbolise growth and a drop in unemployment.

Even as the government is touting a series of handouts, it is not paying arrears owed to the private sector. The reduction in crushing taxes is put off for the future, except for a minor cut in the ENFIA real estate tax, and tax revenues next year are projected to increase by one billion euros over this year’s.

One must note that although the European Commission approved the budget, at the same time it made known its concerns about delays in implementing reforms, underlining that Greece has assumed specific responsibilities and has accepted certain deadlines.

At the same time, Brussels underlined unwelcome developments in the banking sector and in bond yield spreads, which created a difficult macroeconomic environment, which in turn can be aggravated by possible domestic political missteps.

Obviously external dangers exist, but equally threatening are the dangers that arise from a pre-electoral scene that has been set up and that favours a climate of pledges and handouts, which can easily undermine the country’s fiscal balance.

Essentially, the budget does not and cannot change the image and prospects of the economy. It focuses on an opportunistic micromanagement of that portion of the primary surplus that exceeds targets, instead of providing for an absolutely necessary push towards growth.

The result is that we continue to manage our misery instead of trying to reorganise the productive base of the economy.