Editorial: No time to lose

Given the climate of a more general insecurity in the markets due to the Italian crisis, it is absolutely necessary for Greek banks to be shielded from the dangers, created by the daily aggressive behaviour on the stock market. 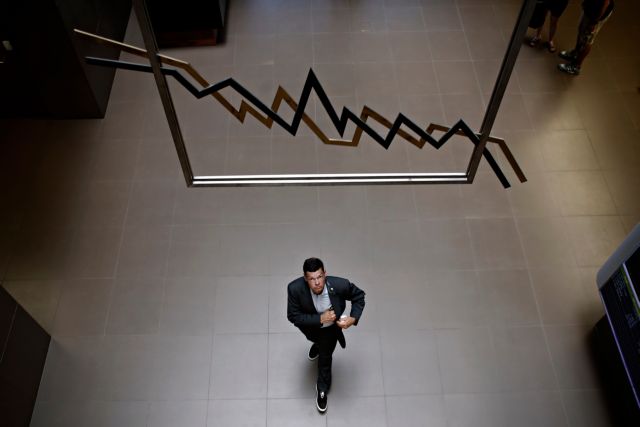 The continuing collapse of banks shares on the Athens Stock Exchange can leave no one indifferent any longer. The management of banks, the government, and European regulatory authorities – which recently had evaluated and certified the Greek banking system with high indices of capital adequacy – are obliged to seek solutions extremely swiftly, before the problem gets even bigger.

Given the climate of a more general insecurity in the markets due to the Italian crisis, it is absolutely necessary for Greek banks to be shielded from the dangers, created by the daily aggressive behaviour on the stock market. Solutions exist, as long as the whole range of involved parties assumes the necessary initiatives.

The European banking system is not in the same situation that it was at the beginning of the crisis. Protection mechanisms have been created and there are specific rules for the management of a crisis, such as the one developing in Greece recently. The problem of a high rate of Non-Performing Loans (NPLs) is real, and has been known for a very long time.

However, European mechanisms which check and monitor banks with particularly tight oversight have created a mutually acceptable plan for reducing NPLs, and have concluded that it is adequate and viable. Still, the markets, for reasons linked to speculation and others, show with their stance that they do not trust it.

Hence, everyone together must seek viable solutions, which can calm the markets and ensure the credibility of the banking system. They cannot simply look on without intervening, as the problem evolves, with the danger of becoming explosive.

Some of the procedures that have been mentioned until now are exceptionally time-consuming, and require negotiations at various levels.

There is no time for endless discussions, if one does not want the situation to spin out of control.

There is no time to lose, and certainly not for political games.

While there is still time, everyone must make their decisions, so that the banking system can regain the trust of markets.