The PM seems not to understand or be interested in the fact that the country – despite the formal exit from the memorandum that he signed – faces great challenges, which can at any moment undermine any progress that has been made. 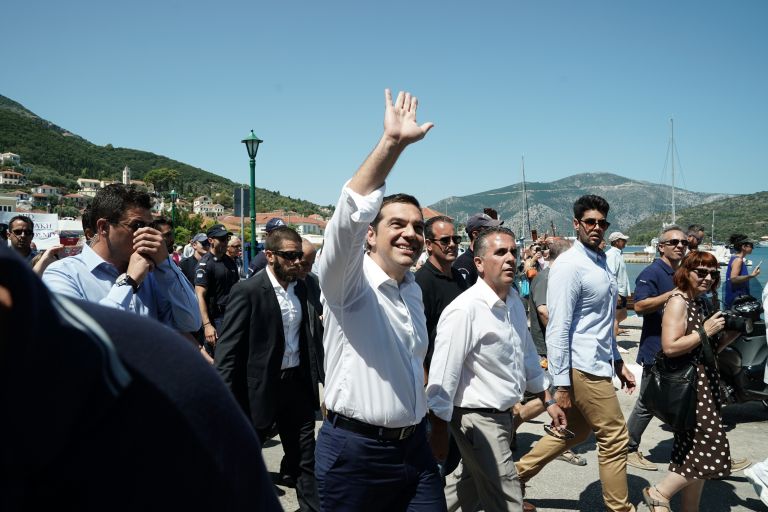 Share
The fairy-tale national address that we watched yesterday confirmed once again that Mr. Tsipras remains an unrepentant, incorrigible, and divisive politician who came to power like a snake oil salesman and is attempting to survive politically with precisely the same methods.
He depicted himself as the great liberator, the new captain who managed to save us from the Laistrygonians and Cyclops, forgetting the woes that brought upon the country.
With his now well-known tactics, he once again skewed reality by shifting the blame for all of the country’s ills to the cursed old political system. For Mr. Tsipras, all the burdens of the crisis were accrued by 2015. That is the beginning of the period of the blemishless and uncontaminated Left of the supposedly proud negotiations with creditors, and of resistance against Greeks and foreigners who wanted to place Greece on the margins of history.
He did not dare to say a word about his confessed self-deceptions that cost, with the most conservative estimates, tens of billions of euros of further sacrifices for a citizenry that had already endured many hardships.
Unfortunately for the country, Mr. Tsipras is not the new Odysseus, as he would have us believe, who led the battered Greeks to their Ithaca. He was measured and weighed politically and proved to be a ruthless populist, a cynical politician who is interested above all in his political survival.
A characteristic example of the cynicism and divisive revanchism that distinguishes him is the untoward attack that he unleashed against former PM Lucas Papademos, essentially giving a political alibi to the mindless terrorists who attempted to assassinate him.
Yesterday’s address signals the start of a new polarised and divisive period. Instead of seeking a basic consensus, the prime minister presaged a generalised clash without condition and limits, and with the constant targeting of political opponents until we reach the elections.
The PM seems not to understand or be interested in the fact that the country – despite the formal exit from the memorandum that he signed – faces great challenges, which can at any moment undermine any progress that has been made.
Indeed, Greece needs to turn a page. It must not make the same errors that led to the crisis. It must abandon the policies and economic ills that led to disaster.

As Mr. Tsipras proved for the umpteenth time, he is certainly not the person who can guarantee such a course.