Creditors will review the provisions of the government’s omnibus bill to determine whether all commitments have been met properly, and to then draft the required compliance report. 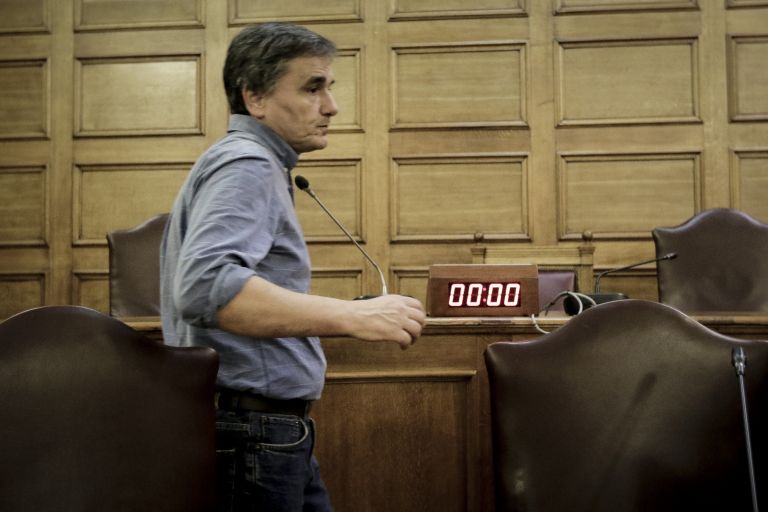 The government has entered the final countdown before the Eurogroup’s 22 January formal approval of the completion of its third bailout evaluation by creditors.

The 1,500 page omnibus bill, which the government tabled yesterday in parliament, meets 50 of the 60 remaining, unfulfilled commitments, which are the preconditions for successful completion of the evaluation.

The remaining commitments will be met over the next ten days with ministerial decisions and encyclicals.

Some of the more controversial provisions in the bill’s 400 articles include the requirement that over half of the members of a trade union sign on before a strike is declared – which critics say effectively bans labour action – changes in social benefits for children, a legal mandate for the lowering of individuals’ tax-free income ceiling, and establishing the right of the tax bureau to auction off taxpayers’ real estate for debts of 500 euros or more to the state.

The government is optimistic that once all is said and done, the Eurogroup will officially confirm completion of the adjustment programme evaluation, which representatives of the lenders will have already approved, and that Greece’s next loan tranche will be disbursed in February, or at latest by March.

The precise amount of the tranche has not been determined, but reports have indicated it may be between five and seven billion euros.

Yet, creditors have reportedly signaled that the smooth conduct of seized property auctions will be a precondition for receiving the next tranche, and so today’s first batch of on-site auctions and e-auctions after the holiday season will be a crucial test.

The Euro Working Group, comprised of the representatives of all euro area countries, at its meeting tomorrow will evaluate Athens’ progress towards meeting all preconditions.

At the same time, creditors will review the provisions of the government’s omnibus bill to determine whether all commitments have been met properly, and to then draft the required compliance report.