Soros: “The EU is on the verge of a collapse and Greece is still a problem” 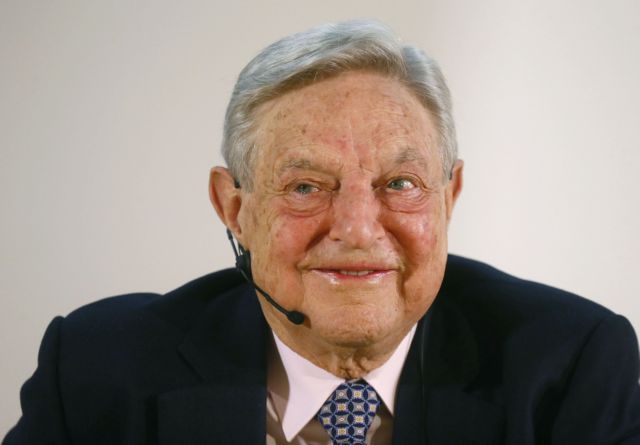 American investor George Soros has estimated that Greece will continue to be a problem for the Eurozone and argued that the Greek economy will not see significant growth unless it leaves the single currency zone.

In an interview he gave to the New York Review of Books, the US investor underlined that the refugee and migrant crisis has brought the European Union on the verge of collapse, while explaining that German Chancellor Angela Merkel is instrumental in solving the crisis.

“As she [Merkel] correctly predicted, the EU is on the verge of collapse. The Greek crisis taught the European authorities the art of muddling through one crisis after another. This practice is popularly known as kicking the can down the road, although it would be more accurate to describe it as kicking a ball uphill so that it keeps rolling back down” explained the US investor.

Additionally, Mr. Soros opined that “Merkel correctly foresaw the potential of the migration crisis to destroy the European Union. What was a prediction has become the reality. The European Union badly needs fixing. This is a fact but it is not irreversible. And the people who can stop Merkel’s dire prediction from coming true are actually the German people”.