Meimarakis: “I will resign if the other candidates also step down” 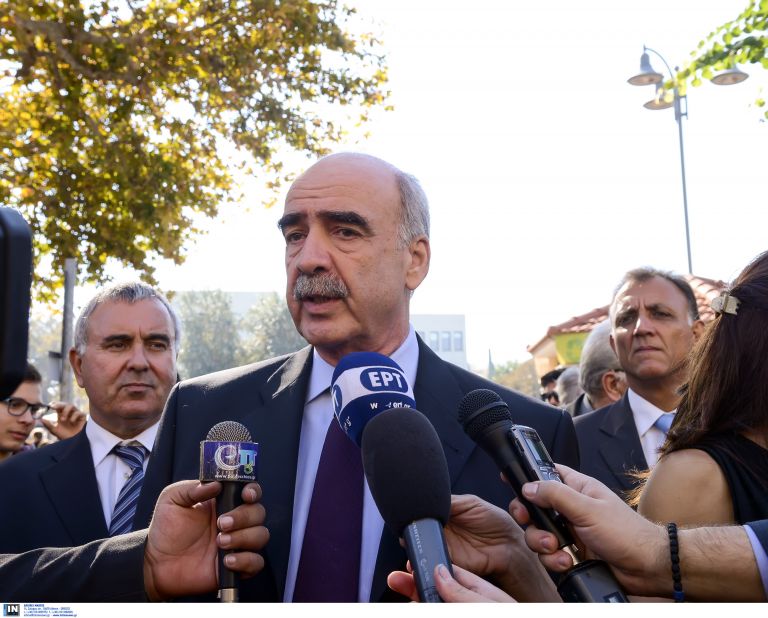 The provisional leader of New Democracy Evangelos Meimarakis has announced that he is willing to resign from his position, provided that the other three candidates in the party’s presidential elections also step down from their positions.

In response to criticism against him over the postponement of Sunday’s elections, Mr. Meimarakis argued that the technical problems are being used as an excuse to attack him, adding that his fellow candidates were “aware of everything” in relation to the election process.

Mr. Meimarakis further elaborated that it is “hypocritical” for former government ministers, such as Makis Voridis to complain, given that they had previously worked with the company that was tasked with handling the voting process. Mr. Meimarakis also commented that the party’s last elected leader, Antonis Samaras, was also familiar with said company.

Additionally Mr. Meimarakis estimated that the problems can be resolved so that the elections can go ahead and stressed that he has no problems stepping down from his position. Nevertheless, he added that the other candidates must also resign from the posts, such as Apostolos Tzitzikostas, who is the current Regional Governor of Central Macedonia. Mr. Meimarakis also proposed Marietta Giannakou, Yannis Varvitsiotis, Dimitris Sioufas and Anna Psarouda-Benaki to act as interim president, should he step down.

Finally, the provisional party leaders asked for New Democracy’s Parliamentary Group to convene in order to discuss the budget and the problems related to the election process.

Following Mr. Meimarakis’ statement, Adonis Geordiadis announced that he has resigned from New Democracy’s central committee and expects Apostolos Tzitzikostas to also resign from his position as regional governor.

Tzitzikostas refuses to step down

Meanwhile Apostolos Tzitzikostas has categorically rejected the proposal of Mr. Meimarakis and refuses to resign from his position as Regional Governor of Central Macedonia. Mr. Tzitzikostas underlined that his position has nothing to do with the election fiasco.

Earlier, in an appearance on ANT1, Mr. Tzitzikostas called Mr. Meimarakis to resign explaining that he was appointed provisional leader in order to organize New Democracy’s elections. He also argued that the party secretary Andreas Papamimikos must also resign and stressed that the fiasco has benefited SYRIZA.

Mitsotakis announces resignation and strikes back

In response to Mr. Meimarakis’ statements, Kyriakos Mitsotakis announced that he has resigned from his position as New Democracy’s parliamentary spokesperson and stressed that the party elections must be carried out as soon as possible, to avoid any further damage. “I heard Mr. Meimarakis’ statements and find it hard to understand if he resigned or not, whether New Democracy has an interim president or not” he commented.

Mr. Mitsotakis added that his resignation is independent of what the other candidates and revealed a letter dated the11th of November which was addressed to Mr. Meimarakis, where he warned that the provisional leader will have the political responsibility over the failure to elect a new leader.

In response to the statements by Mr. Meimarakis, Makis Voridis responded that he has never worked with the company that was tasked with carrying out the party elections, neither has he had any relation with the company. Furthermore, Mr. Voridis argued that as provisional party leader Mr. Meimarakis is ultimately responsible for the actions of the party body that decided upon the company.