General strike in public and private sectors on Thursday

The Executive Committee of ADEDY, the largest public sector trade union in Greece, has announced a 24-hour strike for… 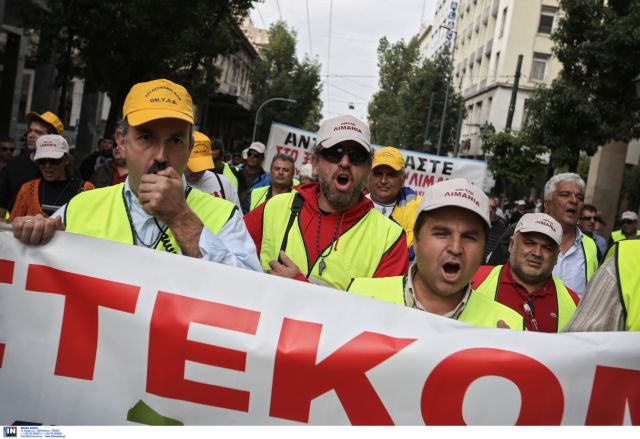 The Executive Committee of ADEDY, the largest public sector trade union in Greece, has announced a 24-hour strike for Thursday, 27th of November, in protest of the redundancies in the public sector and the possibility of new wage cuts.

A 24-hour strike in the private sector has also been called on the same day by the general worker confederation GSEE, which has also hinted towards further actions regarding the submission of a new budget in Parliament.

In separate statements the nationwide seamen’s confederation PNO and the Bar Association of Athens (DSA) have also announced that they will participate in the strike next week.

The journalist unions have called their members and everyone working in the media sector to go on a 24-hour strike on Wednesday, in order to provide media coverage of the general strike on Thursday.

The strike will also disrupt maritime and air transportations; ships will remain docked due to the seamen’s federation PNO participating in the strike, while all flights towards Greek destinations will be cancelled due to the participation of flight control unions in the strike. Anyone planning on traveling on Thursday should contact their airline for latest updates.