The former general secretary of the government Takis Baltakos, who was forced to resign after a video showing him having candid… 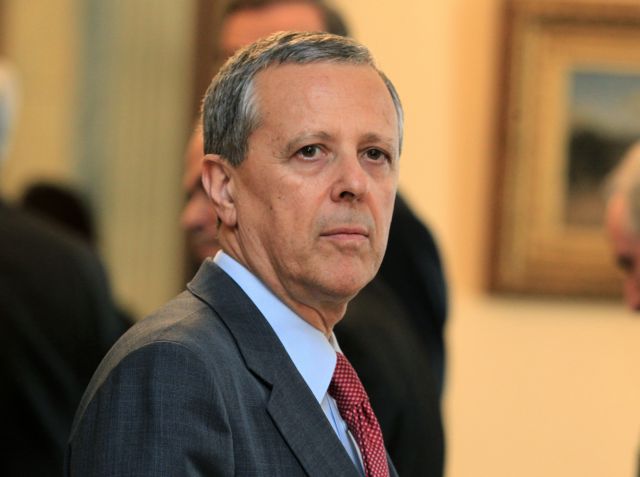 The former general secretary of the government Takis Baltakos, who was forced to resign after a video showing him having candid conversations with Golden Dawn’s Ilias Kasidiaris leaked, gave an interview to Vasilis Chiotis for the Sunday print edition of To Vima.

In the interview the former general secretary commented on the recent election results and argued that while the Left and Center Left parties have a unique opportunity to form a government in the event of general elections, he believes that “they have grown soft” and “when the time comes for critical decisions they will freeze”.

The controversial, self-proclaimed “anti-communist” however believes that even if the left were to succeed “it would be a depressing development” as he argues Greece will be “globalized” to the point of “dehellenization” and defeat of “neo hellenism”. The disgraced former general secretary added that “every violent reformist attempt to dilute capitalism always results in tragedy”.

Regarding Golden Dawn’s increased ratings in the recent elections, Baltakos claimed to not be surprised, stating that the isolation and demonization benefited the neo-Nazi party. The former general secretary disputed earlier comments attributed to him, where he appeared to be in favour of New Democracy forming a coalition government with Golden Dawn and ANEL.

When asked whether he is in touch with the Prime Minister Antonis Samaras ever since he was forced out of the government, Baltakos refused to answer citing “personal data”.

Baltakos stressed that New Democracy may be able to recover if it appeals to the 16.5% of Greeks who voted for far-right parties, such as Golden Dawn and LAOS, while noting that New Democracy should extend an invitation to LAOS president (and former New Democracy member) Giorgos Karatzaferis to support the center-right.

As for the Minister of Finances, Baltakos opined that while Yannis Stournaras contributed immensely towards the stabilization of the economy and called him “an excellent technocrat and successful in managing the fiscal deficit”, he stated that the Minister “never seemed to grasp the people’s agony«.