Alexis Tsipras: “We do not support any sort of Euroscepticism” 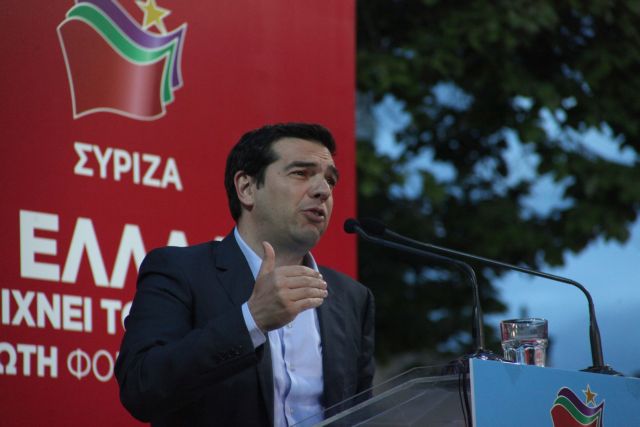 SYRIZA leader and the European Left’s candidate for the European Commission presidency Alexis Tsipras gave an interview to the Italian edition of the Huffington Post, where he revealed his pro-Europe side.

When asked to comment on being called a “constructive Eurosceptic” by the Italian media, Mr. Tsipras clarified that “we do not support any Euroscepticism” and that he is in favor “of another Europe; a Europe of peace, Democracy and growth” contrary to the “neoliberal Europe of Mrs. Merkel”.

Mr. Tsipras asserted that “we are the true alternative to Angela Merkel’s Europe” and appeared confident that the election results would highlight the frustration with the current austerity policies that go against the will of the people and “directly violates the principle of popular rule”

Regarding domestic politics, Mr. Tsipras underlined that his first priority as PM in Greece would be to cancel the overt and hidden bailout deals of the Samaras-Venizelos administration and that he would seek to overturn the austerity measures, cuts and dismissals.