The new adventures of Mr. Stournaras

The Minister of Finances Mr. Yannis Stournaras is returning to Athens from Brussels today with an ultimatum in his luggage. His European counterparts treated him with … 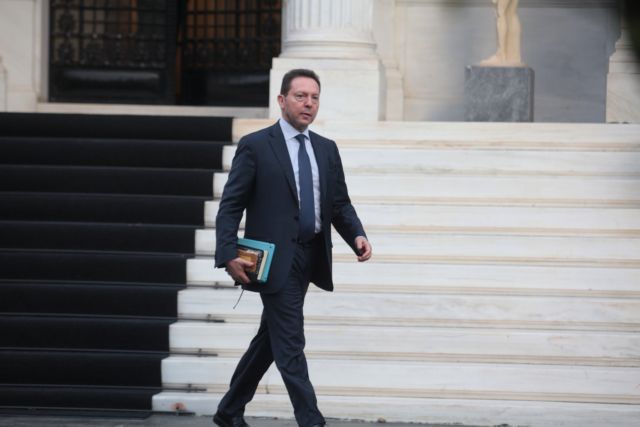 The Minister of Finances Mr. Yannis Stournaras is returning to Athens from Brussels today with an ultimatum in his luggage.

His European counterparts treated him with hilarity and did not allow him any room to maneuver.

They insisted upon the implementation of all commitments and demanded an agreement from Athens and full compliance by Sunday. According to those in charge at the Eurogroup, the fiscal consolidation is not enough; the reforms have stagnated; the OECD’s toolkit was, according to them, an invention of ours which we now disregard; recapitalization is necessary for all banks, while the necessary funds are subject to the tests prepared by the European Central Bank for all Eurozone credit institutions in autumn.

The ultimatum that Mr. Stournaras is bringing with him demands that we either agree by Sunday or there is no money.

The reality is that Mr. Stournaras agrees with them, he also believes that have delayed the completion of the negotiations by seven months and that this situation is unique amongst the countries implementing a stabilization program. He also believes that we must agree by Sunday, otherwise we will have new adventures ahead of us.

So he returns to Athens to tell Messrs Antonis Samaras and Evangelos Venizelos of what happened in Brussels, so that they may assume responsibility of their next moves.

If there is no deal, if they do not group everything in a bill and do not cover Brussels’ demands, then the Greek government must decide that Greece must live without the loan installments from partners and creditors, without the 11.9 billion euros and must prepare plans for a second series of measures and choices so that the country is not faced up against a European wall once more.

This demands finding the necessary resources by our own means, by issuing treasury bills, turning to the markets, denying payment and possibly adopting new restrictive measures and so forth.

Under the current campaigning conditions this all seems rather precarious and ineffective, as they are high risk choices that may only achieve in shocking Greece from its already shocking international status.

The question now is whether the government and political class can endure such high risk choices or whether they will be forced to begrudgingly give in to partner and creditor demands, while assuming the relevant political cost on the even of double elections.

It appears that Athens is not prepared for such a conflict and that we are probably headed for a dramatic five days of negotiations which will result in an unbalanced agreement, transferring even greater burden on the government parties, regardless of what that entails for the future.