Suspected DHKP-C members taken to courts to state their plea 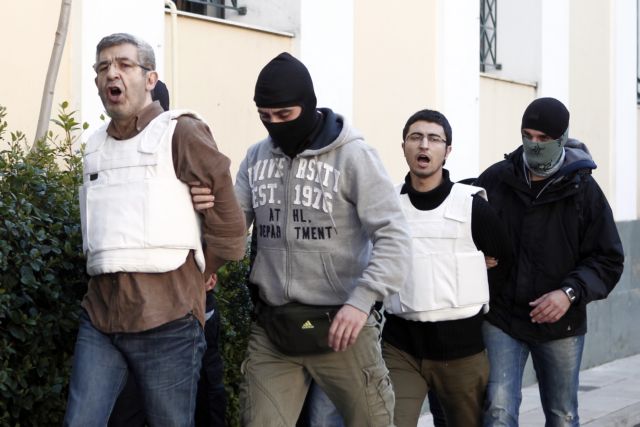 The four Turkish nationals of Kurdish descent, who are believed to be members of the DHKP-C militant group and were recently arrested in Gyzi, have been taken to the courts in Athens where they will state their plea.

Yesterday the Police published pictures and the names which the four suspects supplied when they were arrested. The four men arrested have identified themselves as Cengiz Bayir, Murat Korkut, Bilgehan Ka Rpat and Petar Petrov; “Petrov” has been identified as Huseyin Fenzi Tekin.

The ballistics examination of the weapons recovered from the apartment which the group used as a hide-out revealed that the weapons had not been used in any other crimes in the past.

Amongst other, the four men face felony charges related to terrorism, possession of firearms, explosives, forgery and illegally entering the country.